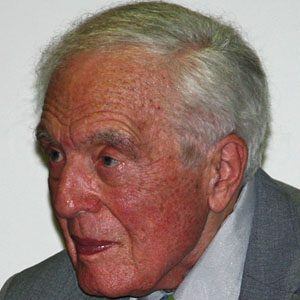 Grammy award-winning writer who played The Tall Man in the 1979 horror film Phantasm and its sequels. In 2009, he appeared in Satan Hates You and in 2012, he appeared in John Dies at the End.

He studied cinema at the University of Southern California under William C. De Mille, the brother of the acclaimed filmmaker.

His 6'4" height and deep voice got him cast in various nefarious roles long after his work as The Tall Man.

He was born and raised in Kansas City, Kansas.

He wrote the album liner notes for LPs and CDs for everyone from the Beatles to Frank Sinatra to the classical violinist Itzhak Perelman.