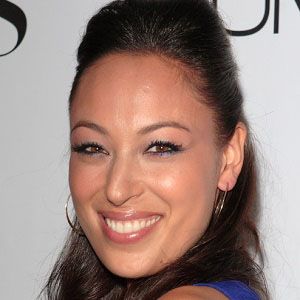 Most well known for her portrayal of Liz Warner on the CBS series Numb3rs, she is also notable for her role as Lori in the 2004 movie Bloodline.

Before beginning her acting career, she trained as a ballet dancer at New York's renowned Juilliard School.

Her home was photographed for the popular Apartment Therapy lifestyle blog.

Born in Miami, Florida, to an American-born Japanese mother and a native Hawaiian father, she spent her childhood in Seattle, Washington.

She and Abigail Spencer were both in the cast of the 2006, made-for-TV movie Introducing Lennie Rose.