Bella Thorne was born on October 8, 1997 in American, is TV ACTRESS. Bella Thorne is a young American actress, born in 1997 in Pembroke Pines, which lies in Florida. She wanted to become a star from her early days and as a reason she started her modeling career at the age of six weeks old. This beautiful and talented girl has played different roles in movies and TV shows, which made her the star that she is today and first appeared in 'Stuck on You' when she was only six years old. Bella Thorne is well-known for 'The DUFF', 'Alexander and the Terrible, Horrible, No Good, Very bad Day', 'Red Band Society', 'Shake it Up!', 'Dirty Sexy Money', 'The O.C.' and more.
Bella Thorne is a member of TV Actresses 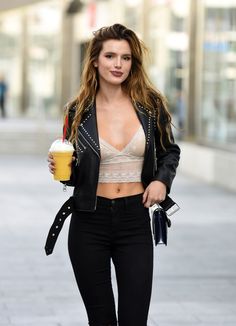 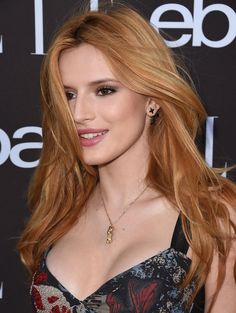 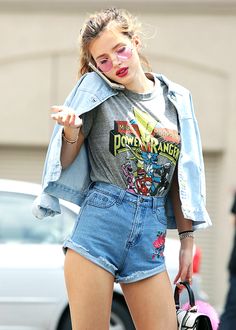 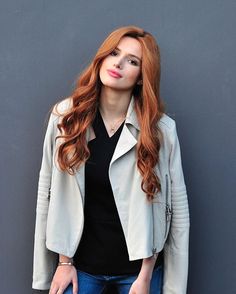 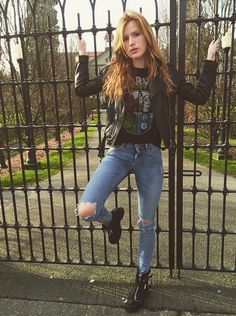 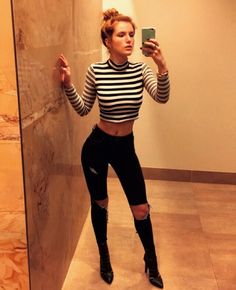 Siblings: Bella has three siblings: two sisters, whose names are Kailie and Dany, and a brother, named Remy Thorne. All of them are actors.

Husbands and kids: She is not married and doesn’t have kids.

After the break-up with Gregg Sulkin she announced about her bisexuality on Twitter and even posted photos of her kissing her brother's ex-girlfriend Bella Pentergast. Nobody knows for sure if they're really dating or not.

Bella Thorne's net worth is estimated at $5 Million.

Place of living:  Bella Thorne may be just 20, but has a lot of acting experience and a big bank account. This young Actress can afford an amazing new house in the Sherman Oaks in Los Angeles for $2 million. So don't get jealous!

Cars: She is passionate about luxurious cars and owns a Porsche.

What are Bella's talents?

Apart from acting she is also a good singer and a writer. It's worth mentioning her novels: 'Autumn Falls' (2014), 'Autumn's Kiss' (2015) and 'Autumn's Wish', which are about a young girl who moved to Miami after her dad’s death. The character has personal elements from Bella's own life.

How is it like for a young star to be in relationships?

It's very difficult for her to be in relationship in public eye, because everything can be twisted by mass media. Or even when she spends some time with her friends, Bella can't do that without public attention.

What is the first thing she notices when she meets a person?

If people have tattoos or piercing that's definitely draw her attention.