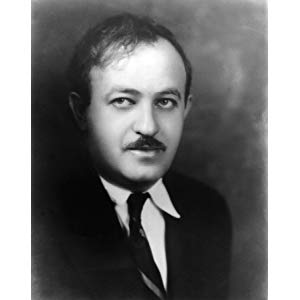 Ben Hecht, one of Hollywood's and Broadway's greatest writers, won an Oscar for best original story for Underworld (1927) at the first Academy Awards in 1929 and had a hand in the writing of many classic films.
Ben Hecht is a member of Writer

💰Ben Hecht Net worth and Salary

Ben Hecht, one of Hollywood's and Broadway's greatest writers, won an Oscar for best original story for Underworld (1927) at the first Academy Awards in 1929 and had a hand in the writing of many classic films. He was nominated five more times for the best writing Oscar, winning (along with writing partner and friend Charles MacArthur, with whom he wrote the classic play "The Front Page") for The Scoundrel (1935) (the other nominations were for Viva Villa! (1934) in 1935, Wuthering Heights (1939) (shared with MacArthur), Angels Over Broadway (1940) and Notorious (1946), the latter two for best original screenplay). Hecht wrote fast and wrote well, and he was called upon by many producers as a highly paid script doctor. He was paid $10,000 by producer David O. Selznick for a fast doctoring of the Gone with the Wind (1939) script, for which he received no credit and for which Sidney Howard won an Oscar, beating out Hecht and MacArthur's Wuthering Heights (1939) script.

Born on February 28, 1894, Hecht made his name as a Chicago newspaperman during the heady days of cutthroat competition among newspapers and journalists. As a reporter for the Chicago Daily News, he wrote the column "1001 Afternoons in Chicago" and broke the "Ragged Stranger Murder Case" story, which led to the conviction and execution of Army war hero Carl Wanderer for the murder of his pregnant wife in 1921. The newspaper business, which he and MacArthur famously parodied in "The Front Page", was a good training ground for a screenwriter, as he had to write vivid prose and had to write quickly.

While in New York in 1926 he received a telegram from friend Herman J. Mankiewicz, who had recently arrived in Hollywood. The telegram read: "Millions are to be grabbed out here and your only competition is idiots. Don't let this get around." Hecht moved to Hollywood, winding up at Paramount, working uncredited on the script for Lewis Milestone's adaptation of Ring Lardner's story The New Klondike (1926), starring silent superstar Thomas Meighan. However, it was his script for Josef von Sternberg's seminal gangster picture Underworld (1927) that got him noticed. From then until the 1960s, he was arguably the most famous, if not the highest paid, screenwriter of his time.

As a playwright, novelist and short-story writer, Hecht always denigrated writing for the movies, but it is for such films as Scarface (1932) and Niets is heilig (1937) as well The Front Page (1931), based on his play of the same name, for which he is best remembered.