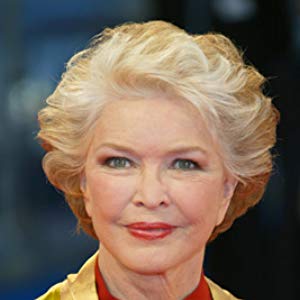 Ellen Burstyn was born in Detroit, Michigan, to Correine Marie (Hamel) and John Austin Gillooly. She is of mostly Irish, German, and French-Canadian descent. Ellen worked a number of jobs before she became an actress.
Ellen Burstyn is a member of Actress

💰Ellen Burstyn Net worth and Salary

Ellen Burstyn was born in Detroit, Michigan, to Correine Marie (Hamel) and John Austin Gillooly. She is of mostly Irish, German, and French-Canadian descent. Ellen worked a number of jobs before she became an actress. At 14, she was a short-order cook at a lunch counter. After graduating from Detroit's Cass Technical High School, she went to Texas to model and then to New York as a showgirl on The Jackie Gleason Show (1952). From there, it was to Montreal as a nightclub dancer and then Broadway with her debut in "Fair Game (1957)". By 1963, she appeared on the TV series The Doctors (1963), but she gained notice for her role in Goodbye Charlie (1964). Ellen then took time off to study acting with Lee Strasberg at the Actors Studio.

Her big break came when she was cast as the female lead in The Last Picture Show (1971). For this role, she received nominations for the Golden Globe and Academy Award. Next, she co-starred with Jack Nicholson in The King of Marvin Gardens (1972), giving a chilling performance. Then came The Exorcist (1973). Ellen was again nominated for the Golden Globe and Academy Award. In 1974, she starred in Alice Doesn't Live Here Anymore (1974), playing a waitress, which is a job that she well knows. For this performance, she won the Oscar as Best Actress as well as the British award for the same category. For the Golden Globe, she was nominated but lost to Marsha Mason. The same year, Ellen made history by winning a Tony Award for the Broadway play "Same Time, Next Year". She won praise and award nominations for the movie version of Same Time, Next Year (1978) and Resurrection (1980). "Resurrection" was a another great film in which she played a woman with the power to heal. Even with all these successful movies and all the awards, Ellen found that she could barely get a job in the 80s. A succession of TV movies resulting in two Emmy nominations kept Ellen going as did the series The Ellen Burstyn Show (1986). The TV movies continued through the 90s. Also in the 90s, Ellen was cast in the supporting role in such movies as The Cemetery Club (1993), How to Make an American Quilt (1995), The Baby-Sitters Club (1995) and The Spitfire Grill (1996). In addition to her acting, Burstyn was the first woman president of Actor's Equity, the actors' union, from 1982 to 1985.