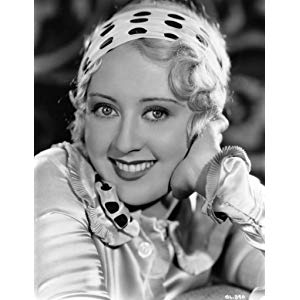 With blonde hair, big blue eyes and a big smile, Joan was usually cast as the wisecracking working girl who was the lead's best friend. Born into vaudeville to a comic named Eddie, Joan was on the stage when she was three years old.
Joan Blondell is a member of Actress

💰Joan Blondell Net worth and Salary

With blonde hair, big blue eyes and a big smile, Joan was usually cast as the wisecracking working girl who was the lead's best friend. Born into vaudeville to a comic named Eddie, Joan was on the stage when she was three years old. For years, she toured the circuit with her parents and joined a stock company when she was 17. She made her New York debut with the Ziegfeld Follies and appeared in several Broadway productions. She was starring with James Cagney on Broadway in "Penny Arcade" (1929) when Warner Brothers decided to film the play as Sinners' Holiday (1930). Both Cagney and Joan were given the leads, and the film was a success. She would be teamed with Cagney again in The Public Enemy (1931) and Blonde Crazy (1931) among others. In The Office Wife (1930), she stole the scene when she was dressing for work. While Warner Brothers made Cagney a star, Joan never rose to that level. In gangster movies or musicals, her performances were good enough for second leads, but not first lead. In the 1930s, she made a career playing gold-diggers and happy-go-lucky girlfriends. She would be paired with Dick Powell in ten musicals during these years, and they were married for ten years. By 1939, Joan had left Warner Brothers to become an independent actress, but by then, the blonde role was being defined by actresses like Veronica Lake. Her work slowed greatly as she went into straight comedy or dramatic roles. Three of her better roles were in Topper Returns (1941), Cry 'Havoc' (1943), and A Tree Grows in Brooklyn (1945). By the 50s, Joan would garner an Academy Award nomination for The Blue Veil (1951), but her biggest career successes would be on the stage, including a musical version of "A Tree Grows in Brooklyn." In 1957, Joan would again appear on the screen as a drunk in Lizzie (1957) and as mature companion to Jayne Mansfield in Will Success Spoil Rock Hunter? (1957). While she would appear in a number of television shows during the 50s and 60s, she had the regular role of Winifred on The Real McCoys (1957) during the 1963 season. Her role in the drama The Cincinnati Kid (1965) was well received, but most of her remaining films would be comedies such as Waterhole #3 (1967) and Support Your Local Gunfighter (1971). Still in demand for TV, she was cast as Lottie on Here Come the Brides (1968) and as Peggy on Banyon (1971).