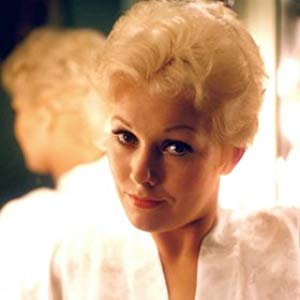 Kim Novak was born in Chicago, Illinois on February 13, 1933 with the birth name of Marilyn Pauline Novak. She was the daughter of Joseph Novak, a former teacher turned transit clerk and his wife, Blanche Kral Novak, also a former teacher.
Kim Novak is a member of Actress

💰Kim Novak Net worth and Salary

Kim Novak was born in Chicago, Illinois on February 13, 1933 with the birth name of Marilyn Pauline Novak. She was the daughter of Joseph Novak, a former teacher turned transit clerk and his wife, Blanche Kral Novak, also a former teacher. Throughout elementary and high school, Kim did not get along well with teachers. She even admitted that she didn't like being told what to do and when to do it. Her first job, while in high school, was modeling teen fashions for a local department store. Kim, an avid painter, won a scholarship to the Art Institute of Chicago, but ended up going to Wright Junior College instead. While on a break from school, Kim and two of her classmates decided to go to Los Angeles and stand in line to be an extra in a movie called The French Line (1953). An agent took notice of Kim's striking beauty arranged for a screen test with Columbia Pictures, and Kim was signed to a contract. After taking some acting lessons, Kim made her film debut in the detective drama Begeerte en plicht (1954) with Fred MacMurray, followed by the comedy Phffft (1954) with Jack Lemmon and Judy Holliday. These two films set the tone for her career, and she was so poised that most people had no idea she was only 21. As a result, the studio continued to pair Kim with fatherly older actors. Kim received a Golden Globe nomination for "Most Promising Newcomer" in 1955, and had big parts in three films released that year, first appearing as "Kay Greylek" in 5 Against the House (1955). Her next role was in the controversial Otto Preminger film The Man with the Golden Arm (1955), which was a big hit. Then came Picnic (1956), Kim's breakthrough film. Kim did a superb job of acting in the film as did her costars, and now fans were eager to see more of this bright and beautiful new star. In 1957, Kim played "Linda English" in the hit movie Pal Joey (1957) with Frank Sinatra and Rita Hayworth. The film did well at the box-office, but was condemned by the critics. Kim really didn't seem that interested in the role. She even said she couldn't stand people such as her character. In 1958, Kim appeared in the Alfred Hitchcock film Vertigo (1958), which, though poorly received at the time of its release, is now considered a classic. The film was one in which a retired detective, played by James Stewart, follows a suicidal blonde (Kim), only to find out Kim was only masquerading as that person and is actually a brunette shop girl who duped him as part of an elaborate murder scheme. Kim's other film that year, the supernatural comedy Een huis vol heksen (1958), was a modest success, but her follow-up, Middle of the Night (1959), was not in spite of drawing good reviews.

Unfortunately, the hype that Columbia generated for Kim never materialized, and her career began to fade in the early 1960s as the studio system came to an end. She was being overpowered by the rise of new stars or stars that were remodeling their status within the film community. Kim said she didn't have it in herself to audition for good roles, so she took the best of what she was offered. She starred in the ensemble romantic drama Strangers When We Meet (1960), which moderately successful. With a few more nondescript films between 1960 and 1964, she landed the role of "Mildred Rogers" in the remake of Verslaafd aan het leven (1964) opposite Laurence Harvey. The film debuted to mostly negative reviews and was not a success. Later that same year, she co-starred in the Billy Wilder sex satire Kiss Me, Stupid (1964) with Dean Martin, but the film drew intensely hostile reviews and condemned by many civic groups, causing its studio to distance itself from the film. In 1965, Kim played the title role in the comedy De amoureuze avonturen van Moll Flanders (1965), and married her co-star, Richard Johnson. The marriage only lasted 14 months, but they remained friends. Kim stepped away from the cameras for a while, returning in 1968 to star in The Legend of Lylah Clare (1968). The film only had a limited release and was a resounding flop. Though only 35, Kim said she basically didn't see herself as having a career after that. Following The Great Bank Robbery (1969), Kim took another four-year hiatus until 1973, when she was seen in a television film called The Third Girl from the Left (1973), a romantic drama, and appeared in a segment of the British horror anthology film Tales That Witness Madness (1973). Kim's next appearances on the screen were a leading role in the television film Satan's Triangle (1975) and a cameo in the Charles Bronson western The White Buffalo (1977). Kim ended the 1970s by appearing in Schöner Gigolo, armer Gigolo (1978) with David Bowie. The film was a critical and commercial failure.

Opening the 1980s, Kim gained some attention for the mystery/thriller The Mirror Crack'd (1980), but it did nothing for her career. For the rest of the decade, Kim was out of movies and only had a few television gigs. In 1983, Kim appeared in the ensemble TV movie, Malibu (1983). She had a cameo role in the pilot episode of the short-lived Alfred Hitchcock Presents (1985) redux in 1985. From 1986 to 1987, Kim played the mysterious "Kit Marlowe" in 19 episodes of the TV series Falcon Crest (1981). In 1990, Kim starred in The Children (1990), and gave a great performance opposite Ben Kingsley. However, the film had a very limited release. Kim's last film to date was 1991's Liebestraum (1991), in which she played a terminally ill woman with a past. The film was a major disappointment in every aspect. Making it was an especially unhappy experience for Kim, who clashed with director Mike Figgis over how to play her character. Kim hasn't acted since then, and admittedly never reached her potential. Although she has regrets about her career, she has ruled out any plans for a comeback. Kim says she just isn't cut for a Hollywood life.

Fortunately, Kim's personal life has been the contrary to her career. Since 1976, Kim has been happily married to Robert Malloy, a veterinarian who shares her passion for animals and nature. Kim and her husband live on a ranch in Oregon where they raise llamas and horses, and frequently go canoeing. Kim is also an accomplished artist who expresses herself in oil paintings and sculptures.