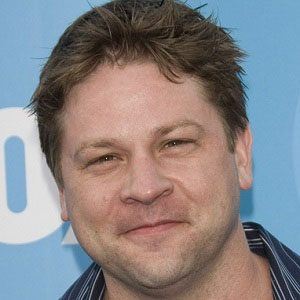 Perhaps most well known for his portrayal of Larry Cone on the Fox series Happy Hour, he is also notable for his recurring-turned-series-regular role as Owen French on the Lifetime series Drop Dead Diva.

He received his early acting training at the American Academy of Dramatic Arts. Early in his career, he appeared in episodes of Beverly Hills, 90210 and Silk Stalkings.

In the early 2000s, he made several appearances on the UPN comedy series Rock Me Baby.

He has a child from a previous relationship. He later married and settled in Los Angeles's San Fernando Valley. He raised two more children with his wife.

He and Marin Mazzie both played recurring roles on the television series Still Standing.