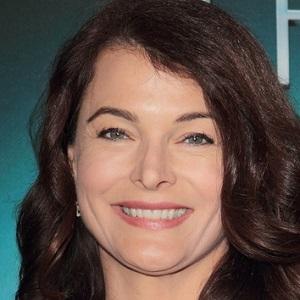 Actress and model most famous for her role as Lilah Morgan on the WB series Angel. She is also a successful model who has appeared in magazines like Elle and Vanity Fair.

She was discovered by John Casablancas, founder of Elite Model Management, when she was fifteen years old.

She was voted one of the 50 Sexiest Women of 2003 by Femme Fatales magazine.

She married film producer Nick Wechsler in December 2001. Their daughter, Lily, was born in June 2005.

She co-starred on Angel with David Boreanaz, who played the title role on the show.