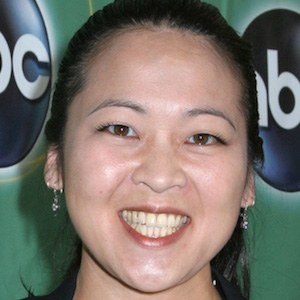 Actress who is known for her various guest appearances across American television and film. In 2015, ABC picked up the pilot Dr. Ken, where she was cast as the principal character's wife.

She graduated from The Second City comedic conservatory. She went on to join the Touring Company, where she began her career in show business.

She has made various comedic film appearances, including in The 40-Year-OId Virgin, Anchorman: The Legend of Ron Burgundy, and Horrible Bosses 2. Her TV guest appearances include It's Always Sunny in Philadelphia and Bob's Burgers, amongst others.

She was born and raised in Chicago, Illinois.

She was cast to star alongside Ken Jeong, who plays the titular character, in the ABC sitcom Dr. Ken.