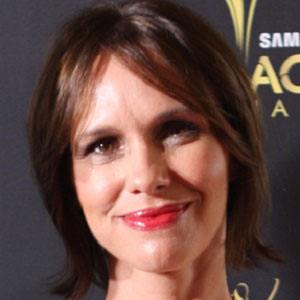 Australian actress most famous for her role as Constable Dash McKinley on the police drama Blue Heelers, which she played from 1995 to 1999. In addition to her TV work, she has appeared in feature films like 1997's Fistful of Flies and 2009's Blessed.

She was a writer and production assistant at the radio station 6GE.

She won the Logie Award for Most Popular New Talent for her work on Blue Heelers.

She married television personality Rove McManus in June 2009. Their first daughter was born in December 2013.

She co-starred with John Wood on Blue Heelers.