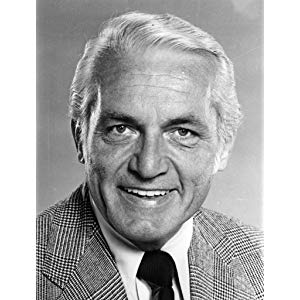 💰Ted Knight Net worth and Salary

Actor Ted Knight paid his dues with nearly two decades of relatively obscure dramatic, often villainous television work, before finding enduring fame in a scene-stealing supporting turn on a classic 1970s sitcom, hilariously overplaying a silver-haired, self-important imbecile. Although the conceited "stuffed shirt" typecast plagued him for the rest of his career, the self-proclaimed "Polish Prince of Comedy" continued on good-naturedly, earning lead status on his own comedy series. The Connecticut-born actor was christened Tadeusz (Theodore) Wladyslaw Konopka, the son of a Polish-American family in his native town of Terryville, Connecticut. A high school dropout, he enlisted for World War II duty and eventually became a decorated member of the A Company, 296th Combat Engineer Battalion.

During his tour of duty, Ted developed an interest in acting, returning home in the post-war years to study his craft in Hartford, Connecticut, at the Randall School of Dramatic Arts. A fascination with puppetry and ventriloquism led to his first steady paycheck, as the host of a children's radio show (WJAR) in Providence, Rhode Island (1950-1955). Following this, Ted found more work (WROW-TV) in Albany, New York, hosting a children's variety show while playing radio announcer for its sister radio station, WROW.

Ted's well-modulated voice was his moneymaker during the lean years, whether as an announcer/narrator or cartoon voice character. However, this anonymity ended went he copped the role of inept, pearly-toothed WJM anchorman "Ted Baxter" on Mary Tyler Moore (1970). The arrogant but highly insecure character earned Knight two supporting Emmy trophies (1973, 1976) but severely pigeon-holed him for the rest of his career. However, the genial actor made the best of it and continued on stage ("Some of My Best Friends") and in commercials and TV spots that were similar in persona. In 1975, a musical album entitled "Hi, Guys!" (a catchphrase of the Baxter character) was released, which included a series of bizarre novelty songs.

Knight eventually starred opposite Nancy Dussault in his own television series, Too Close for Comfort (1980), which had a healthy run despite the fact that Knight, as the lead, was more subdued than on the Mary Tyler Moore classic. Renamed "The Ted Knight Show" after it became a syndicated series, the series finally ended in 1986 only due to Knight's terminal illness. The actor's sole post-Ted Baxter movie role was as a judge in the golf-themed comedy, Caddyshack (1980), in which he continually bumped heads with the film's star, Rodney Dangerfield.

Knight was initially diagnosed with cancer in 1977, for which he was treated over an extended period of time. In 1985, the television star's conditioned worsened and the 62-year-old actor died on August 26, 1986, following surgery for a growth in his urinary tract. He was interred in the Forest Lawn Memorial Park in Glendale, California (his marker reads Theodore C. Konopka), and was survived by his wife of 38 years, Dorothy Knight (nee Smith), and their three children, Ted Knight Jr., Elyse Knight and Eric Knight.