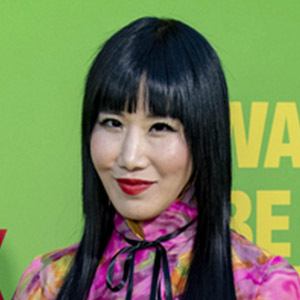 Supporting player in the Jim Carrey comedy Yes Man who later starred in the 2019 Netflix rom-com Always Be My Maybe. On television, she starred as Susan Sullivan in Sullivan & Son and portrayed Sun in Swedish Dicks.

She attended Dunwoody High School in Georgia and was a school mate of Ryan Seacrest. She graduated from New York University's Tisch School of the Arts.

She won Best Actress for the Asian American Film Lab short film Elizabeth Ong Is Missing. On stage, she acted in the world premiere of Velina Hasu Houston's Calling Aphrodite, and the premiere of Please Stand By.

She was born in Korea before coming to the United States.

Nico Evers-swindell was featured alongside her in the Sundance film White Rabbit. She also co-wrote and co-produced the film.