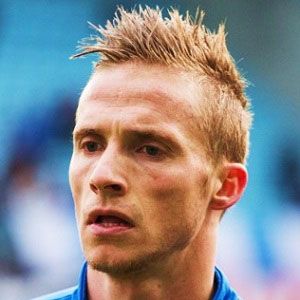 Left-back who made his senior career debut in 2008 for Vitesse.

He signed with Manchester United on August 21, 2012, and scored a goal in his league debut with the team.

He was born and raised in Doetinchem, Netherlands, where he began his youth career.

At Manchester United he played alongside Tom Cleverley.