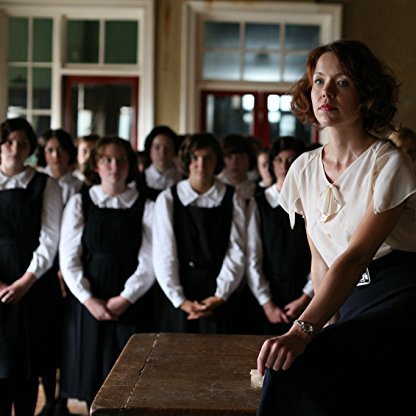 Anna Maxwell Martin was born on May 10, 1977 in  Beverley, East Yorkshire, England, United Kingdom, is Actress. The rather striking Anna Maxwell-Martin is a rising star on both stage and screen. Anna had dreamed all her life of becoming actress even though her family had no background in the arts whatsoever. She starred in school plays and an acclaimed production of "Breezeblock Park" in the role of Betty.At the age of 20 she auditioned for the prestigious Royal Academy Of Dramatic Art, the school she had dreamed of attending since childhood but however unfortunately she was declined. Undetered she applied for the London Academy Of Dramatic art, where she was accepted. Alumni include Donald Sutherland, Rita Wilson, Anthony Head (aka Anthony Stewart Head), Natascha McElhone plus hundreds more besides.Sadly, whilst training at L.A.M.D.A., her father passed away. Anna wanted to be strong and complete her training as she was sure her father would have wanted. She used the emotions she felt to breathe life into the more emotional parts she was playing in the plays she performed in while at drama school including: The lead in "Romeo and Juliet", "Three Birds Alighting On A Field", "Much Ado About Nothing", "Mother Clap" and "The Way Of The World".Upon successful completion of the three year acting programme, aged 24 Anna embarked upon a career which has built up gradually over the past four years. She starred in the Trevor Nunn-helmed "Coast Of Utopia" and "Dumb Show" at the Royal Court in London with Terry Johnson, but her moment of glory on stage so far has to be her Olivier award-nominated performance in the adaptation of Philip Pullman's "His Dark Materials" as the 12-year old heroine Lyra.Though has worked rather extensively on stage, Anna has graced the big and small screen. Guest appearances in Midsomer Murders (1997) and opposite Christopher Eccleston and Billie Piper in Doctor Who (1963) and most recently she can be seen in the role of Esther Summerson in the BBC's adaptation of Charles Dickens's book Bleak House (2005) starring Denis Lawson, Johnny Vegas and Gillian Anderson.Her film credits include - The Hours (2002) with Nicole Kidman, The four-parter BBC drama North & South (2004) as Bessie Higgins and Penny in Enduring Love (2004) alongside latest James Bond star Daniel Craig and transatlantic star Rhys Ifans.
Anna Maxwell Martin is a member of Actress 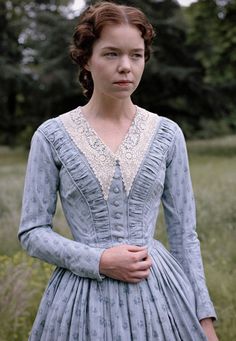 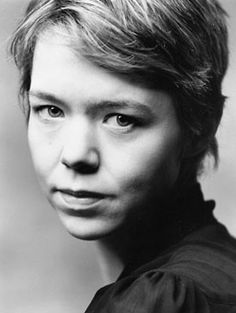 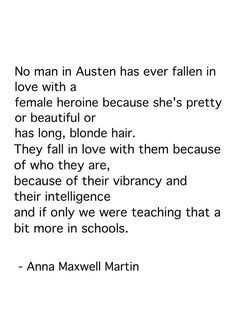 Anna Charlotte Martin was born in Beverley on 10 May 1977 to Rosalind (née Lugassy) and Ivan Martin. Her father was managing Director of a pharmaceutical company and her mother was a research scientist. Her mother gave up her job to bring up Anna and her elder brother Adam. She attended Beverley High School where she appeared in school plays. After she left school, Martin studied history at Liverpool University, specialising in the First World War.

Martin first came to prominence on the London stage playing the leading role of Lyra in the National Theatre's production of Philip Pullman's His Dark Materials. She was then cast in the part of Bessie Higgins in the BBC television adaptation of the Elizabeth Gaskell novel, North and South, in 2004, and made a guest appearance in the 2005 series of Doctor Who. She played Esther Summerson, the central character in the 2005 BBC adaptation of Charles Dickens' Bleak House, for which she won the Best Actress BAFTA Television Award in 2006.

In January 2006, Martin took part in a reading of The Entertainer at the Royal Court Theatre, and in February and March she appeared in Laura Wade's Other Hands, directed by Bijan Sheibani at the Soho Theatre. She is the narrator of the CD version of The Foreshadowing, a children's book about the First World War by Marcus Sedgwick, which was published in May 2006. In the same year she worked on I Really Hate My Job, directed by Oliver Parker and, from October 2006 to April 2007, played Sally Bowles in Bill Kenwright and Rufus Norris's West End production of Cabaret at the Lyric Theatre.

She played Cassandra Austen in Becoming Jane, a 2007 film about the early life of the Novelist Jane Austen starring American Actress Anne Hathaway in the title role. At the end of the year she played the gaoler's daughter in Lee Hall's adaptation of The Wind in the Willows, a multimillion-pound production by Box TV for BBC One, and was the joint narrator (with Anton Lesser) of the CD version of Tamar, a children's book about the Second World War by Mal Peet, which was published in December 2007.

In 2008 she starred in the BBC Two drama White Girl and with Naomie Harris in Channel 4's adaptation of Poppy Shakespeare, for which she won her second Best Actress BAFTA Television Award in 2009.

From July to October of that year, she appeared with Dame Eileen Atkins in The Female of the Species at the Vaudeville Theatre in London. She also appeared in a BBC Radio 4 adaptation of Agatha Christie's novel Crooked House. In July 2009 she appeared in the BBC Two drama Freefall, and played Neil Armstrong's wife, Janet, in Moonshot: The FLIGHT of Apollo 11, an ITV1 drama documentary to celebrate the 40th anniversary of the Apollo 11 moon landing.

In February 2010 she played freedom of information campaigner Heather Brooke in On Expenses, a BBC Four satirical drama, and later played Isabella in Shakespeare's Measure For Measure at the Almeida Theatre.

In December 2013 she returned to the world of Jane Austen, starring as Elizabeth Darcy in the BBC Christmas season drama Death Comes to Pemberley, a three-part television adaptation of the P.D. James novel of the same name which continues the events of Austen's Pride and Prejudice six years after Darcy and Elizabeth's marriage, with a murder mystery plot involving the same characters.

In March 2015 she got the role of Mary Shelley in Independent Television (ITV) drama series, The Frankenstein Chronicles.