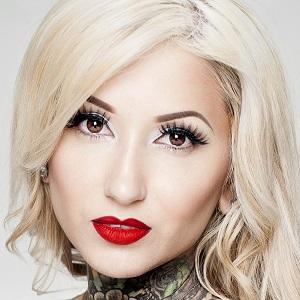 Versatile television personality who is the main host of Sullen TV and the face of Sullen Clothing as well as a judge on Tattoo Titans.

She grew up all over the world in places like California, Texas, Montreal, Sao Paulo, Rio De Janeiro, Holland, and Bangkok.

She is a world traveling host/emcee for the RockStarEnergy Inked Up World Tour.

She has an older sister and was raised by her mother and step dad. She has two daughters.

She and Dave Navarro modeled together for a photo shoot.