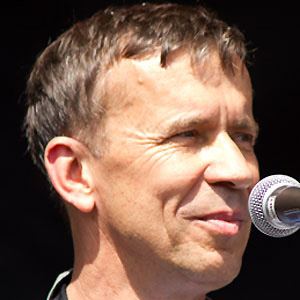 Lead guitarist and occasional vocalist with the new wave band Devo, known for the hit "Whip It."

He started the The Bob I Band when Devo stopped releasing albums.

He produces music soundtracks for films and TV shows such as the Rugrats on Nickelodeon.

He has a daughter named Alex. He was married to Maria Mothersbaugh.

He was in Devo with his brother Mark Mothersbaugh.