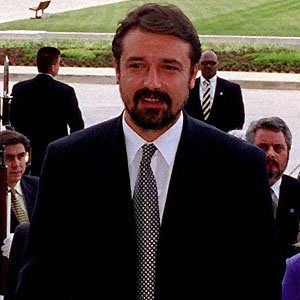 Social Democratic Union politician who was the 3rd President of Macedonia from 2004 to 2009. He had previously served as the country's Prime Minister from 2002 to 2004.

He studied computer science at St. Cyril and Methodius University in Skopje before devoting himself to a political career.

His 1996 order for the removal of Albanian flags from Macedonian government buildings led to a protest that left one person dead and many others wounded. A decade later, he re-legalized the flag.

He was awarded honorary membership in a foundation named for the heroic Swedish diplomat, Raoul Wallenberg.