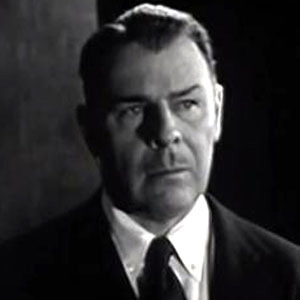 He appeared in 1930s and '40s films and played a tough guy with a heart of gold in The Great McGinty. He also appeared in The Miracle of Morgan's Creek.

After pursuing a military career - serving in the Punitive Expedition into Mexico and flying for the French Air Force - he began to pursue a career in acting.

He was also noted for his many strong supporting roles in Beau Geste and Destry Rides Again.

He was married three time, and his second wife, Marjorie Lane, provided the voice for dancing star Eleanor Powell in 1930s' films.

He played the title character in the Great McGinty, a film that marked Preston Sturges's directorial debut.