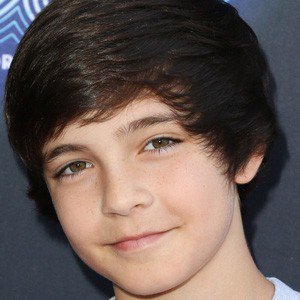 Film and television actor known for making his debut in the 2016 pilot Wonder.

In 2015, he earned his first acting credit in the short film The Bus Stop.

In 2016, he appeared in the documentary Dream Chasers as a student of renowned acting coach Cathryn Sullivan.

His father's name is Todd and he has a brother named Blake.

He was cast alongside Britt Robertson in the 2017 comedy A Dog's Purpose.