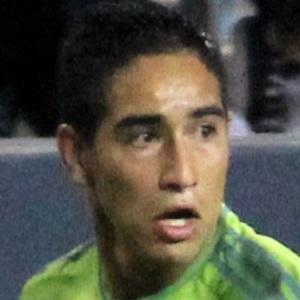 American forward who began his MLS career with the Seattle Sounders FC in 2010.

He was born to David and Irene Estrada.

He entered the MLS the same year as French star Thierry Henry.