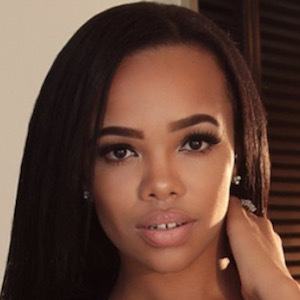 Rose to fame in 2015 competing on the inaugural season of the VH1 dating show She's Got Game. In 2014, she was named Video Vixen of the Year at the Urban Model Awards.

She attended Catholic school until her junior year in high school. She was an honor student in high school and was also active in cheerleading, dance, volleyball and theater. In college, she began studying biology and psychology while pursuing a bachelor's degree in neonatal nursing.

Outside reality shows, she is also a model and has walked the runway at local fashion shows. She also runs the cooking blog #Wake&BakeCo and she launched the charity toy drive #TheDestineeMilianToyDrive.

Originally from Portland, Oregon, she and her mom moved to Leavenworth, Kansas when she was three years old. She later returned to Portland before relocating to Miami, Florida shortly after high school.

She has guest starred in a number of music videos for artists like Lil Wayne.