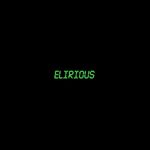 He began using Instagram as means to display his comedic talents in 2016.

His videos on Instagram have earned him more than 240,000 followers.

He was born in Toronto, Canada.

In a June 2016 Instagram video, he thanked Cardi B for signing his phone case and t-shirt.