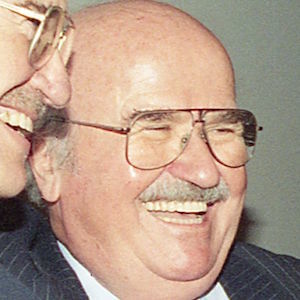 The host of Canada's Saturday Night at the Movies for almost twenty-five years.

He was a regular panelist of various quiz shows throughout the 1960s.

He started Saturday Night at the Movies interviewing local filmmakers or scholars, but eventually got to travel to Hollywood to interview celebrities.

His son wrote the screenplay for the 1994 film Speed.

One of his earliest on-screen roles was in the background of a scene in Moulin Rouge with Zsa Zsa Gabor, but his name never appeared in the credits.