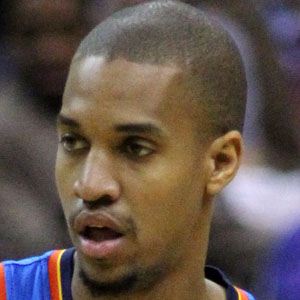 Star point guard with Virginia Commonwealth University, entered the NBA with the Utah Jazz in 2009, then played for the Oklahoma City Thunder from 2009 to 2013.

During his sophomore season at VCU, he led the team to a first round victory over a heavily favored Duke team.

Drafted 20th overall by the Utah Jazz, he became the first VCU Ram to be picked in the first round of the NBA draft.

He was born in Raeford, North Carolina, his father George Maynor a former draft pick of the Chicago Bulls.

On the Thunder he backed up Russell Westbrook, who was drafted a year ahead of him.