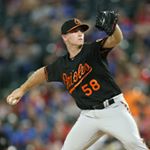 Rose to fame in 2015 starring on the Go90 reality series LA Story.

He began using social media in December of 2013 when he first began posting photos to Instagram.

Outside of appearing on LA Story, he has been active on the photo sharing app Instagram.

He hails from Southern California.

He is joined on the cast of LA Story by his friend Bradley Schatz.