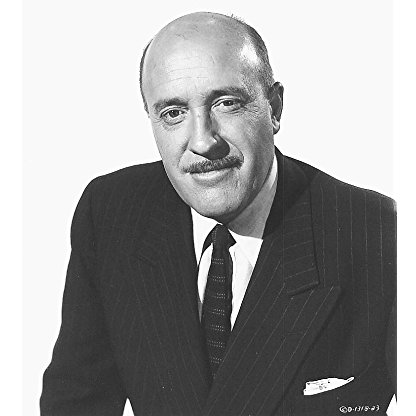 Fred Clark was born on March 19, 1914 in  Lincoln, California, United States, is Actor, Soundtrack. This popular, baggy-eyed, bald-domed, big lug of a character actor had few peers when called upon to display that special "slow burn" style of comedy few others perfected. But perfect he did -- on stage, film and TV. In fact, he pretty much cornered the market during the 50s and 60s as the dour, ill-tempered guy you loved to hate.Born Frederick Leonard Clark on March 19 1914, the son of Frederick Clark, a county agriculture commissioner, and Stella (née Bruce) Clark, in Lincoln, California, Fred's initial interest was in medicine and he pursued his pre-med studies at Stanford University. A chance role in the college play "Yellow Jack" change the coarse of his destiny. Earning a scholarship to the American Academy of Dramatic Arts, he paid his dues performing in local community theater and summer stock. By May of 1938, at age 24, he was making his Broadway debut with the short-lived comedy play "Schoolhouse on the Lot". He then returned to Broadway a few months later to appear in the melodrama "Ringside Seat", which also closed early.Fred's nascent career was interrupted when America entered World War II. He served as a Navy pilot in 1942 but later joined the Army and spent nearly two years with the Third Army in Europe. Clark returned to acting and in during the post-war years broke into films via Hungarian film director Michael Curtiz who cast him in the noir classic The Unsuspected (1947). Able to provide cold-hearted villainy in crime drama as well as dyspeptic humor to slapstick comedy, film work came to Fred in no short order. Ride the Pink Horse (1947), Cry of the City (1948), Flamingo Road (1949), White Heat (1949), Alias Nick Beal (1949), Sunset Blvd. (1950), The Jackpot (1950), The Lemon Drop Kid (1951) and Meet Me After the Show (1951) all made the most of Fred's sour skills. Around this time (1952) he married actress Benay Venuta, whom he met while both were performing on stage in "Light Up the Sky" (1950). The popular couple continued to work together from time to time, which included a 1956 stage production of "Bus Stop" at the La Jolla Playhouse.Well-established on film by this point, Fred set his sights on TV and earned raves providing weekly bombastic support to George Burns and Gracie Allen on their popular sitcom The George Burns and Gracie Allen Show (1950). Joining the cast into its second season (his role had already been played by two other actors), Fred made the role of neighbor/realtor Harry Morton his own, becoming the first definitive Harry on the show. Investing his character with an amusing, child-like grumpiness, he was ideally paired with comedienne Bea Benaderet (as wife Blanche). Together they provided perfect foursome chemistry with Burns and Allen, much in the same way Vivian Vance and William Frawley did for Lucille Ball and Desi Arnaz on I Love Lucy (1951). Clark, however, would leave the show in the fall of 1953 following a salary dispute, and was replaced by a fourth Harry Morton, Larry Keating, who managed to keep the role until the end in 1958. Fred would find steady but lesser success on TV after this.With his trademark cigar, scowl, shiny baldness and pencil-thin mustache, Fred continued to be high in demand in film, usually playing some high-ranking military officer, gang boss, shifty politician or executive skinflint. The Martin & Lewis comedy The Caddy (1953), Marilyn Monroe's How to Marry a Millionaire (1953), The Solid Gold Cadillac (1956), Don't Go Near the Water (1957), The Mating Game (1959), Auntie Mame (1958), Bells Are Ringing (1960), Visit to a Small Planet (1960), Boys' Night Out (1962) and Move Over, Darling (1963), all displayed Clark at his blustery best. And on TV he contributed to such comedy shows as The Beverly Hillbillies (1962), I Dream of Jeannie (1965) and The Dick Van Dyke Show (1961). He also received some attention pushing potato chips in commercials.Fred made a successful stage debut in London with 1963's "Never Too Late" co-starring Joan Bennett and Samantha Eggar, as a cranky middle-aged father-to-be. He would also return infrequently to Broadway with prime roles in "Romanoff and Juliet" (1957), Viva Madison Avenue! (1960) and "Absence of a Cello" (1964). On a sad note, many of Fred's final years were spent in inferior film. Movies such as Dr. Goldfoot and the Bikini Machine (1965), I Sailed to Tahiti with an All Girl Crew (1968) and the notorious bomb Skidoo (1968), which was directed by Otto Preminger and starred Jackie Gleason and Carol Channing, were undeserving of his talents.Divorced from Ms. Venuta in August of 1962, Fred subsequently married a model, Gloria Glaser, in 1966. Fred's sudden death of liver disease two years later on December 5, 1968, at the untimely age of 54, had Hollywood mourning one of its finest comic heavies -- gone way before his time.
Fred Clark is a member of Actor 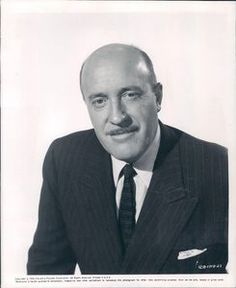 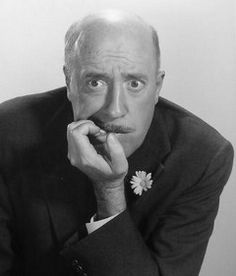 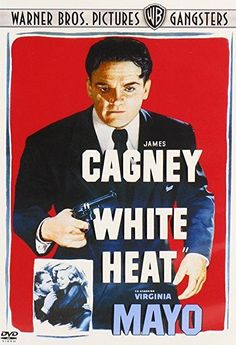 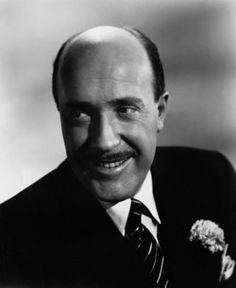 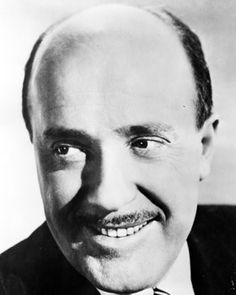 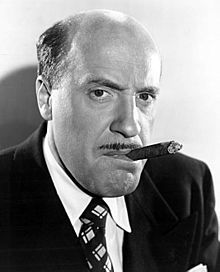 Clark has a star on the Hollywood Walk of Fame for his work in television, at 1713 Vine Street.

Born in Lincoln, California, Clark made his film debut in 1947 in The Unsuspected. His 20-year film career included nearly seventy films and numerous television appearances. As a supporting player, with his gruff voice, intimidating build, bald head and small moustache beneath an often scowling visage, he was often cast as a testy film Producer, crime boss, landlord, employer, Doctor, or general. In 1942 during World War II Clark joined the United States Navy and served as a pilot. He later transferred to the United States Army and served with the Third Army in Europe until the end of the war.

Clark was married to Actress Benay Venuta from 1952–1962, then model Gloria Glaser from 1966 until his death from liver disease in Santa Monica, California.

Although he continued making films during the 1960s (most notably a large role in Hammer Film Productions' The Curse of the Mummy's Tomb in 1964 and John Goldfarb, Please Come Home in 1965) he was more often seen on television, as a regular on The George Burns and Gracie Allen Show as neighbor Harry Morton (until 1953) and guest roles on The Twilight Zone, The Beverly Hillbillies, Going My Way, The Addams Family, and I Dream of Jeannie. In 1962, he and Bea Benaderet, another Burns and Allen veteran, played Mr. and Mrs. Springer in the episode "Continental Dinner," the series finale of the CBS sitcom Pete and Gladys, starring Harry Morgan and Cara Williams. Clark had a regular but short-lived role in the 1966 ABC sitcom The Double Life of Henry Phyfe as the "Central Intelligence Service" boss of a hapless conscripted spy played by Comedian Red Buttons.