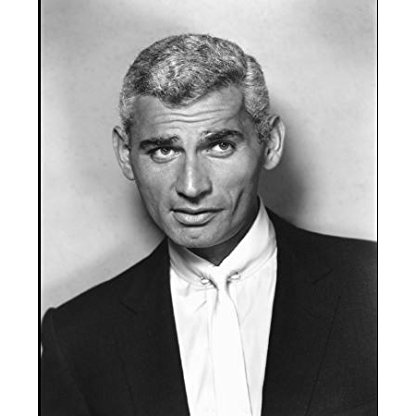 Jeff Chandler was born on December 15, 1918 in  Brooklyn, New York, United States, is Actor, Soundtrack, Producer. Jeff was born in Brooklyn and attended Erasmus High School. After high school, he took a drama course and worked in stock companies for two years. His next role would be that of an officer in World War II. After he was discharged from the service, he became busy acting in radio drama's and comedies until he was signed by Universal. It would be in the fifties that Jeff would become a star making westerns and action pictures. He would be nominated for an Academy Award for his role as Cochise in Broken Arrow (1950). He would follow this by playing the role of Cochise in two sequels: The Battle at Apache Pass (1952) and Taza, Son of Cochise (1954). While his premature gray hair and tanned features served him well in his westerns and action pictures, the studio would put him into soaps and costume movies. In his films, his leading ladies would include Maureen O'Hara, Rhonda Fleming, Jane Russell, Joan Crawford, and June Allyson. Shortly after his last film Merrill's Marauders (1962), Jeff died, at 42, from blood poisoning after an operation for a slipped disc.
Jeff Chandler is a member of Actor 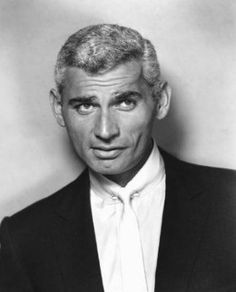 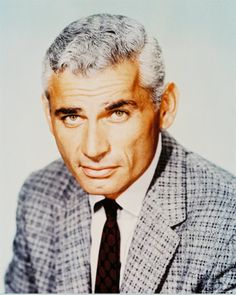 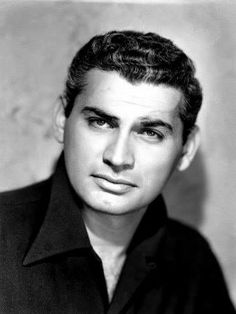 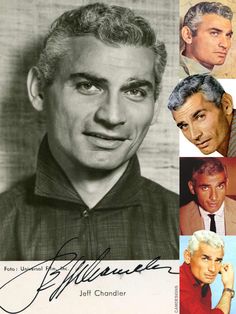 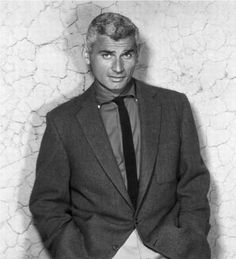 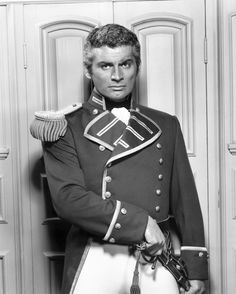 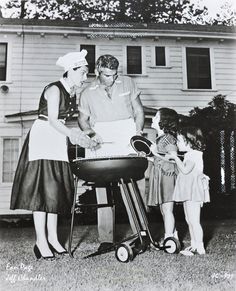 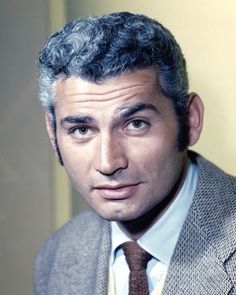 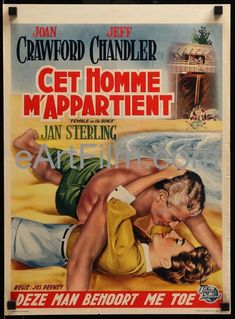 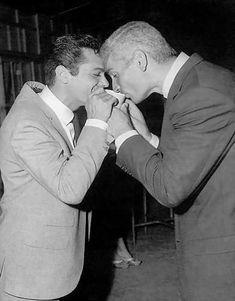 [Radio actors] have to make their roles come alive, and they only have their voices with which to do it. But in pictures the technique is quite different. The actor is only a small part of the performance. He lends his intelligence and personality to the role, but the greatest part of the performance belongs to the producer, who puts him in a certain type of part; the director, who tells him how to play it; and the cutter, who edits what's done. That's why I find being a movie actor not particularly gratifying. I want to eventually branch off into writing and directing.

For his contribution to the motion picture industry, Chandler has a star on the Hollywood Walk of Fame, at 1770 Vine Street.

Chandler married Actress Marjorie Hoshelle (1918–1989) in 1946. The couple had two daughters, Jamie Tucker (1947–2003) and Dana Grossel (1949–2002). They separated in 1951 and 1954, actually divorcing in 1954. His wife complained that Chandler was "chronically fatigued so that he would fall asleep wherever we were." However they reconciled a few months later. In 1957 he had an affair with Esther Williams while making a movie together and his wife filed for divorce at the end of the year.

Chandler formed his own company, the Shady Lane Playhouse, in Illinois in the summer of 1941. This toured the Midwest with some success, presenting such plays as The Bad Man, Seventh Heaven, The New Minister and Pigs. When America entered World War Two Chandler enlisted in the army. He served for four years, mostly in the Aleutians, finishing with the rank of lieutenant.

After being discharged from the Army, Chandler moved to Los Angeles in December 1945 with $3,000 he had saved. Shortly after his arrival he was involved in a serious car accident on the way to a screen test, which resulted in a large scar on his forehead.

Chandler initially struggled to find work in Hollywood and had spent all his savings when he got his first job as a radio actor in May 1946. He went on to appear in episodes of anthology drama series such as Escape and Academy Award Theater, and became well known for playing the lead in Michael Shayne. Chandler was the first actor to portray Chad Remington in Frontier Town.

Chandler had appeared on air in Rogue's Gallery with Dick Powell, who was impressed by the actor and put pressure on Columbia to give Chandler his first film role, a one-line part as a gangster in Johnny O'Clock (1947). He tested for Columbia's The Loves of Carmen and did not get it but went on to play small roles as Gangsters in Roses are Red and The Invisible Wall, and a policeman in Mr Belvedere Goes to College. He received more attention playing Eve Arden's boyfriend on radio in Our Miss Brooks, which debuted in July 1948 and became a massive hit.

Chandler's performance in Our Miss Brooks brought him to the attention of executives at Universal, who were looking for someone to play an Israeli leader in Sword in the Desert (1948). He was cast in February 1949. Chandler impressed studio executives so much with his work that shortly into filming Universal signed him to a seven-year contract. His first movie under the arrangement was a supporting role in Abandoned (1949).

Writer-director Delmer Daves was looking for an actor to play Cochise in a Western, Broken Arrow (1950), over at 20th Century Fox. The part was proving Tricky to cast; in Chandler's words, "Fox were looking for a guy big enough physically to play the role and unfamiliar enough to moviegoers to lend authenticity." Chandler's performance as a similar resistance-leader-type in Sword of the Desert brought him to the studio's attention and he was borrowed from Universal for the role in May 1949. As part of the arrangement Chandler signed a deal with Fox to make a movie a year with them for six years. He also had to be written out of his radio shows Michael Shayne and Our Miss Brooks for several weeks.

Back at Universal, he played a boxer in Iron Man (1951), a remake of an old Lew Ayres movie. He was announced for another film with Buckner, The Wild Bunch, which wasn't made; instead he played an Arab chief in Flame of Araby (1951), opposite Maureen O'Hara.

In July 1952 Chandler signed a fresh contract with Universal which doubled his salary. His first movie under this was a Western, The Great Sioux Uprising. It was followed by more adventure fare: East of Sumatra and War Arrow with Maureen O'Hara.

This meant Chandler missed out on the part of Demetrius in The Robe (1953) at Fox, for which he had been considered and which eventually went to Victor Mature. He also missed out on the lead in the remake of Magnificent Obsession, for which he had been mooted; the part was taken by Rock Hudson who had supported Chandler in Iron Man. Both The Robe and Magnificent Obsession became big hits. Chandler played Cochise for the third time, a cameo in Taza, Son of Cochise, starring Hudson, who soon overtook Chandler as Universal's biggest male star.

In 1954 Chandler was starting to gripe about his workload:

Chandler had a concurrent career as a singer and recording Artist, releasing several albums and playing nightclubs. In 1955 he became only the second star to play at the Riviera, after Liberace was the featured headliner. In her autobiography Hold the Roses (2002), Rose Marie wrote that "Jeff Chandler was a great guy, but he was no singer. He put together an act and we opened at the Riviera. He came with a Conductor, piano player, light man, press agent, and manager. None of it helped, and everybody raved about Jeff's singing, but let's face it: He really didn’t sing very well. He definitely had guts to open in Vegas". He left to work on a movie after three and a half weeks.

Chandler's public support for Israel's 1956 attack on Egypt during the Suez Crisis, prompted the United Arab Republic to ban his films in Arab countries in 1960. Chandler was an active Democrat.

He followed this with two films for Universal, The Lady Takes a Flyer, with Lana Turner and Raw Wind in Eden, with Esther Williams. A Motion Picture Exhibitor Poll listed him as the tenth most popular male star in the US in 1957.

In his 1958 divorce proceedings it was revealed Chandler was paying his wife an allowance of $1,500 a month. He said he was under contract to Universal to make two films a year, at $60,000 a film for 1957 and $75,000 a film for 1958. He said he earned $250,000 in 1957 from his acting and singing but had a lot of expenses, with his personal manager, Business manager and agent taking 25% of his income. The court ordered Chandler to continue paying $1,500 a month. Their divorce was granted in June 1959, with Chandler giving his wife $100,000 and over $2,166 a month in alimony plus $500 a month in child support. "He became so absorbed by his career that he spent all time when not actually working on a picture in his Business office," said his wife. "I developed an ulcer."

Chandler made another for Universal, A Stranger in My Arms with June Allyson. He was allegedly due to star in Operation Petticoat (1959) but fell ill and had to pull out.

He represented the Screen Actors Guild during talks throughout the 1960 actors strike.

On May 13, 1961, he entered a Culver City hospital and had surgery for a spinal disc herniation. There were severe complications; an artery was damaged and Chandler hemorrhaged. On May 17, in a seven-and-a-half-hour emergency operation over-and-above the original surgery, he was given 55 pints of blood. A third operation followed, on May 27, where he received an additional 20 pints of blood. He died on June 17, 1961. The cause was a blood infection complicated by pneumonia.

He was romantically linked with Esther Williams, who claimed in her 1999 autobiography Chandler was a cross dresser and she broke off the relationship. According to the Los Angeles Times, many friends and colleagues of Chandler's rejected Williams' claims. Jane Russell commented, "I've never heard of such a thing. Cross-dressing is the last thing I would expect of Jeff. He was a sweet guy, definitely all man."