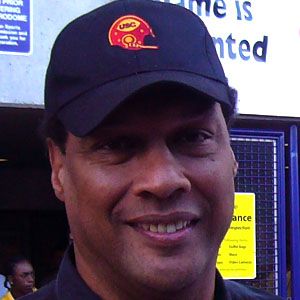 Dominant free safety who was a three-time All-Pro selection while playing for the Minnesota Vikings.

He was a four-time All-American at the University of Southern California, before being selected 19th overall in the 1983 NFL draft.

He was named as one of the 50 Greatest Vikings, and to the NFL 1980s All-Decade team following his retirement.

His brothers, Joey, Jimmy and Keith, also played in the NFL.

He was teammates with future Hall of Fame wide receiver Cris Carter during the 1990 and 1991 NFL seasons.