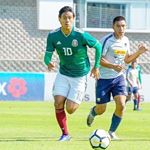 Panamanian baseball player who had a seven-year Major League career as a utility player.

He played minor league baseball with the Detroit Tigers organization before his debut in 1999.

His greatest value came in his ability to play just about any position on the diamond.

He was born and raised in Panama City, Panama.

He was teammates with star outfielder Vladimir Guerrero on the Montreal Expos.