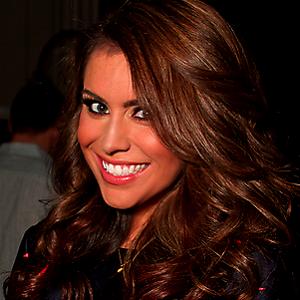 Nationally recognized TV commentator and interviewer whose love of social media and celebrity led to relationships with BING and msnNOW. She has been seen on The E! Channel, Dr. Drew on Call, Nancy Grace, and more.

She was a Jr. Dallas Cowboys cheerleader. She began her career as a fashion and entertainment contributor for Arizona's AZ Weekly Magazine.

In 2013, she hosted a series of pop culture specials for E! called Celebrity Oops They Did It Again, Bigger Badder Celebrity Feuds, and Attack of the Celebrity Bikinis. In 2014, she hosted a special called Worst Thing I Ever Posted.

She was born in Austin, Texas, and later moved to Los Angeles, California. She has dated Justin Pazera. She later began dating Chris McClain.

She filled in as The News Girl on The Adam Carolla Show.