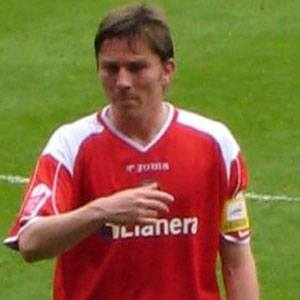 Former English midfielder who played the last six seasons of his 17-year career with Charlton Athletic.

He began his professional soccer career with West Ham United in 1992, but did not make any appearances for the team.

He scored five goals in 49 appearances with the Republic of Ireland's national team from 1999 to 2006.

He was teammates with Jonatan Johansson on Charlton Athletic F.C. from 2003 to 2006.