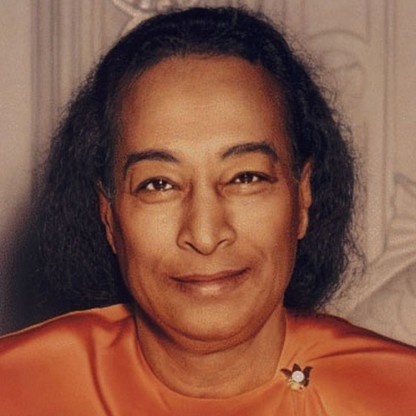 Paramahansa Yogananda was bornon January 05, 1893 in Gorakhpur, Indian. The great yogi Paramahansa Yogananda is regarded as one of the foremost spiritual figures of modern times. Native to India, this guru emigrated to the U.S. where he taught and practiced spirituality for over three decades. So much is he respected in the West that he earned the title of ‘Father of Yoga’ in the U.S. He was born as Mukunda Lal Ghosh into a devout family and exhibited a deep interest in spirituality from an early age. Even as a child he seemed to be more aware of the spiritual self than was considered ordinary. His interest in yoga and spirituality were inherent as both his parents were disciples of the renowned master, Lahiri Mahasaya. As a young man, he desperately sought out many saints and sages in his quest to find a guru who would guide him in his spiritual path; his quest ended when he met the guru Swami Yukteswar Giri. A few years after entering the Monastic Swami Order, he went to America where he founded the Self-Realization Fellowship (SRF) to disseminate his teachings on India’s ancient spiritual practices like yoga. He spent the rest of his life teaching in America interrupted only by a brief trip to India during which he established Yogoda Satsanga Society of India.
Paramahansa Yogananda is a member of Spiritual & Religious Leaders 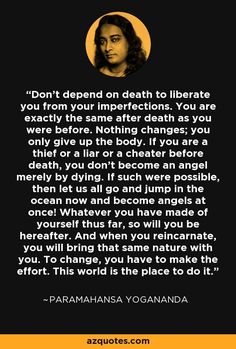 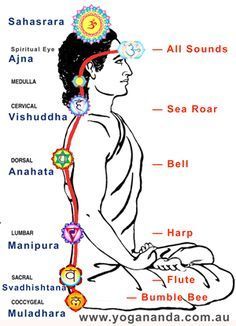 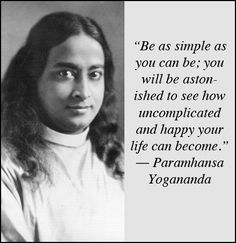 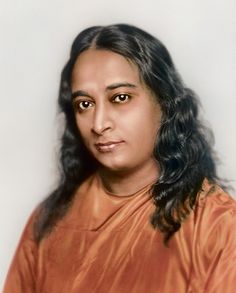 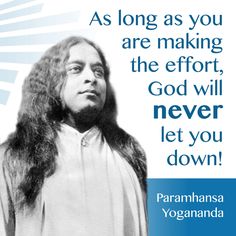 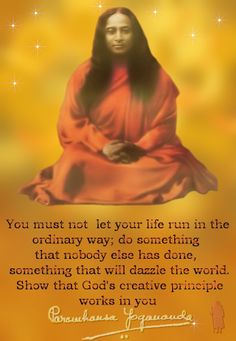 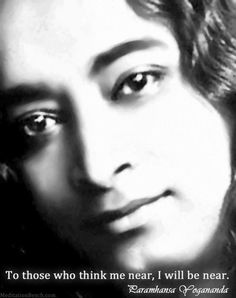 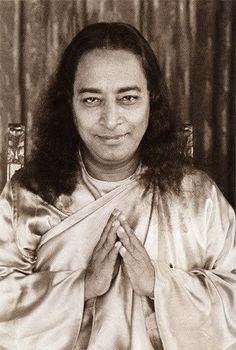 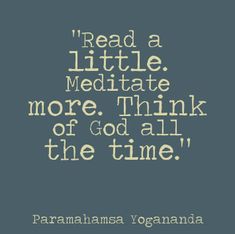 We entered a oneness of silence; words seemed the rankest superfluities. Eloquence flowed in soundless chant from heart of master to disciple. With an antenna of irrefragable insight I sensed that my guru knew God, and would lead me to Him. The obscuration of this life disappeared in a fragile dawn of prenatal memories. Dramatic time! Past, present, and future are its cycling scenes. This was not the first sun to find me at these holy feet!

Paramahansa Yogananda (Bengali: পরমহংস যোগানন্দ) (5 January 1893 – 7 March 1952), born Mukunda Lal Ghosh (Bengali: মুকুন্দলাল ঘোষ), was an Indian yogi and guru who introduced millions of Indians and westerners to the teachings of meditation and Kriya Yoga through his organization Yogoda Satsanga Society of India and Self-Realization Fellowship. His book, Autobiography of a Yogi remains a spiritual masterpiece and was included in the 100 best spiritual books of the 21st century.

Yogananda's seeking after various saints mostly ended when he met his guru, Swami Yukteswar Giri, in 1910, at the age of 17. He describes his first meeting with Yukteswar as a rekindling of a relationship that had lasted for many lifetimes:

After passing his Intermediate Examination in Arts from the Scottish Church College, Calcutta, in June 1915, he graduated with a degree similar to a current day Bachelor of Arts or B.A. (which at the time was referred to as an A.B.), from Serampore College, the college having two entities, one as a constituent college of the Senate of Serampore College (University) and the other as an affiliated college of the University of Calcutta. This allowed him to spend time at Yukteswar's ashram in Serampore. In 1915, he took formal vows into the monastic Swami order and became Swami Yogananda Giri. In 1917, Yogananda founded a school for boys in Dihika, West Bengal, that combined modern educational techniques with yoga training and spiritual ideals. A year later, the school relocated to Ranchi. This school would later become the Yogoda Satsanga Society of India, the Indian branch of Yogananda's American organization, Self-Realization Fellowship.

In 1920 he founded the Self-Realization Fellowship and in 1925 established in Los Angeles, California, USA, the international headquarters for SRF.

Because of two statements in Rowe's letter, some have questioned whether the term "incorruptibility" is appropriate. First, in his fourth paragraph he wrote: "For protection of the public health, embalming is desirable if a dead body is to be exposed for several days to public view. Embalming of the body of Paramhansa Yogananda took place twenty-four hours after his demise." In the eleventh paragraph he wrote: "On the late morning of March 26th, we observed a very slight, a barely noticeable, change -- the appearance on the tip of the nose of a brown spot, about one-fourth inch in diameter. This small faint spot indicated that the process of desiccation (drying up) might finally be starting. No visible mold appeared however."

In 1935, he returned to India to visit his guru Yukteswar Giri and to help establish his Yogoda Satsanga work in India. During this visit, as told in his autobiography, he met with Mahatma Gandhi, and initiated him into the liberating technique of Kriya Yoga as Gandhi expressed his interest to receive the Kriya Yoga of Lahiri Mahasaya; Anandamoyi Ma; renowned Physicist Chandrasekhara Venkata Raman; and several disciples of Yukteswar's guru Lahiri Mahasaya. While in India, Yukteswar gave Yogananda the monastic title of Paramahansa. Paramahansa means "supreme swan" and is a title indicating the highest spiritual attainment. In 1936, while Yogananda was visiting Calcutta, Yukteswar attained mahasamadhi (final soul liberation) in the town of Puri.

In 1946, Yogananda published his life story, Autobiography of a Yogi. It has since been translated into 45 languages. In 1999, it was designated one of the "100 Most Important Spiritual Books of the 20th Century" by a panel of spiritual authors convened by Philip Zaleski and HarperCollins publishers. Autobiography of a Yogi is the most popular among Yogananda's books. According to Philip Goldberg, who wrote American Veda, "the Self-Realization Fellowship which represents Yogananda's Legacy, is justified in using the slogan, "The Book that Changed the Lives of Millions." It has sold more than four million copies and counting". In 2006, the publisher, Self-Realization Fellowship, honored the 60th anniversary of Autobiography of a Yogi "with a series of projects designed to promote the legacy of the man thousands of disciples still refer to as 'master'."

As Forest Lawn’s Mortuary Director, Rowe, was professionally well qualified to distinguish the exceptional from the ordinary. He continued in paragraphs fourteen and fifteen: "The physical appearance of Paramhansa Yogananda on March 27th just before the bronze cover for the casket was put into position, was the same as it was on March 7th. He looked on March 27th as fresh and unravaged by decay as he had looked on the night of his death. On March 27th there was no reason to say that his body had suffered any physical disintegration at all. For these reason we state again that the case of Paramhansa Yogananda is unique in our experience. On May 11, 1952, during a telephone conversation between an officer of Forest Lawn and an officer of Self-Realization Fellowship, the amazing story was brought out for the first time."

The Autobiography has been an inspiration for many people including Steve Jobs (1955–2011), co-founder, former chairman, and chief executive officer of Apple Inc. In the book Steve Jobs: A Biography the author writes that in preparation for a trip, Mr. Jobs downloaded onto his iPad2, the Autobiography of a Yogi, "the guide to meditation and spirituality that he had first read as a teenager, then re-read in India and had read once a year ever since."

India released a commemorative stamp in honor of Paramahansa Yogannada in 1977. "Department of Post issued a commemorative postage stamp on the occasion of the twenty‑fifth anniversary of Yogananda's passing in honor of his far‑reaching contributions to the spiritual upliftment of humanity. “The ideal of love for God and Service to humanity found full expression in the life of Paramahansa Yogananda. Though the major part of his life was spent outside India, still he takes his place among our great saints. His work continues to grow and shine ever more brightly, drawing people everywhere on the path of the pilgrimage of the Spirit.”

SRF/YSS is headquartered in Los Angeles and has grown to include more than 500 temples and centers around the world and has members in over 175 countries including the Self-Realization Fellowship Lake Shrine. In India and surrounding countries, Paramahansa Yogananda's teachings are disseminated by YSS which has more than 100 centers, retreats, and ashrams.Rajarsi Janakananda was chosen by Yogananda to become the President of SRF/YSS when he was gone. Daya Mata, a religious leader and a direct disciple of Yogananda who was personally chosen and trained by Yogananda, was head of Self-Realization Fellowship/Yogoda Satsanga Society of India from 1955–2010. According to Linda Johnsen, the new wave today is women, for major Indian gurus have passed on their spiritual mantle to women including Yogananda to the American born Daya Mata and then to Mrinalini Mata. Mrinalini Mata, a direct disciple of Yogananda, was the President and spiritual head of Self-Realization Fellowship/Yogoda Satsanga Society of India from January 9, 2011 until her death on August 3, 2017. She too was personally chosen and trained by Yogananda to help guide the dissemination of his teachings after his death. On August 30, 2017, Brother Chidananda was elected as the next President in a unanimous vote by the SRF Board of Directors.

Sri Mrinalini Mata, current President of SRF/YSS, said, "Kriya Yoga is so effective, so complete, because it brings God's love – the universal power through which God draws all souls back to reunion with Him – into operation in the devotee's life."

Yogananda wrote the Second Coming of Christ: The Resurrection of the Christ Within You and God Talks With Arjuna — The Bhagavad Gita' to reveal the complete harmony and basic oneness of original Christianity as taught by Jesus Christ and original Yoga as taught by Bhagavan Krishna; and to show that these principles of truth are the Common scientific foundation of all true religions.

On November 15, 2017 the President of India, Ram Nath Kovind, accompanied by the Governor of Jharkhand, Draupadi Murmu and Chief Minister of Jharkhand, Raghubar Das, visited the Yogoda Satsanga Society of India's Ranchi Ashram in honor of the official release of the Hindi translation of Paramahansa Yogananda's book God Talks with Arjuna: The Bhagavad Gita. Brother Chidananda, President of Self-Realization Fellowship/Yogoda Satsanga Society of India, along with a contingent of YSS and SRF monastics greeted and hosted them. This meeting took place during the 2017 YSS Sharad Sangam which was honoring YSS's centennial anniversary (1917-2017).

Self-Realization Fellowship published Rowe’s four-page notarized letter in its entirety in the May-June 1952 issue of its magazine Self-Realization. From 1958 to the present it has been included in that organization's booklet Paramahansa Yogananda: In Memoriam 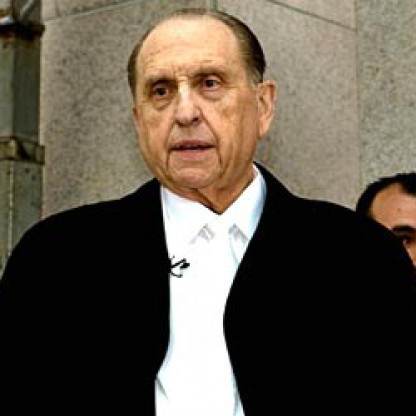 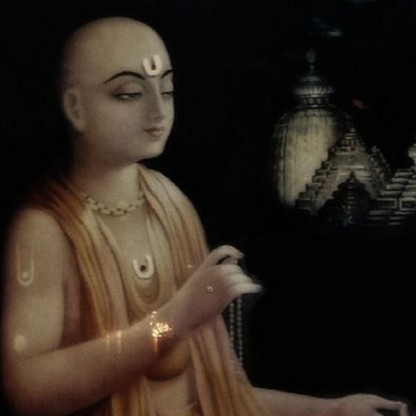 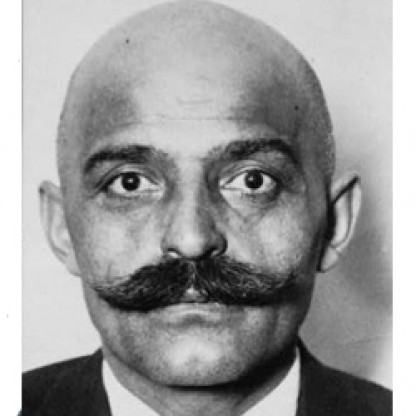 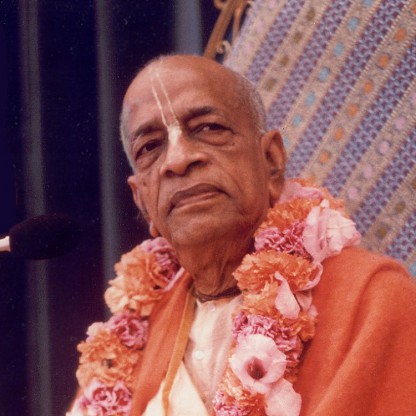 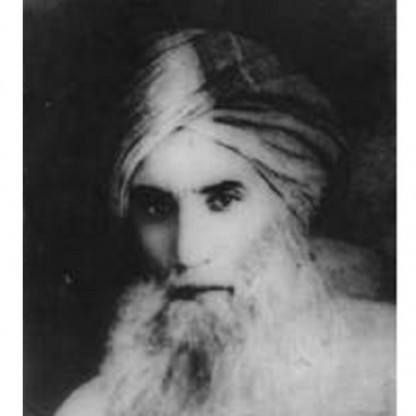 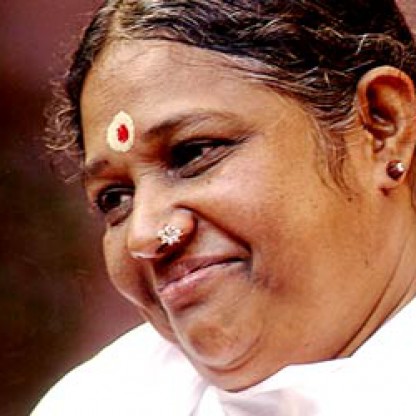 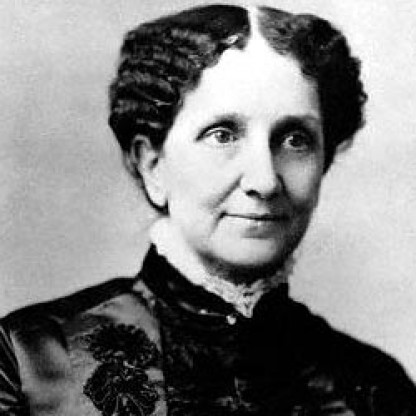 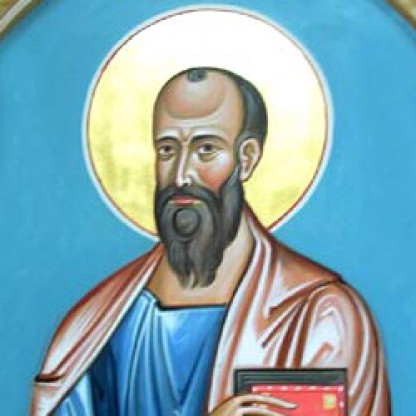 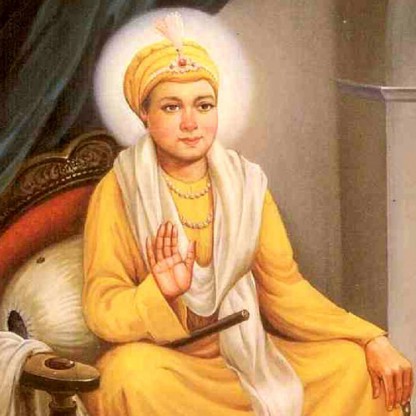 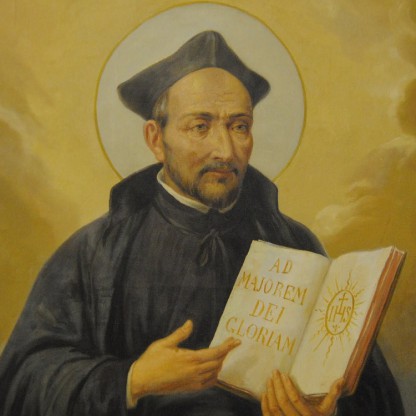