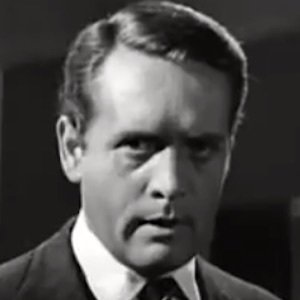 Played the role of a hero on the 1965 spy TV series, Secret Agent.

He worked as a chicken farmer, bank clerk and lorry driver before being employed as a stage manager at Sheffield Repertory Theater.

Famous for his 60's TV show, he also played King Edward I in Braveheart.

He married Joan Drummond in 1951 and the couple had three daughters.