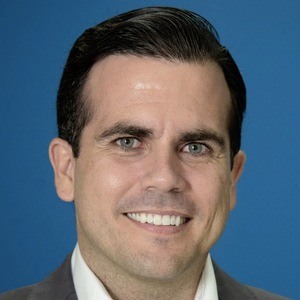 Puerto Rican politician and scientist who served as Governor of Puerto Rico. He assumed office in January of 2017 as part of the New Progressive Party and would resign in August 2019.

In 2010, he founded the political advocacy group Boricua ¡Ahora Es! that advocated for changing the current political status of Puerto Rico.

His father Pedro Rosselló was also the governor of Puerto Rico.

He was preceded by Alejandro Garcia Padilla.