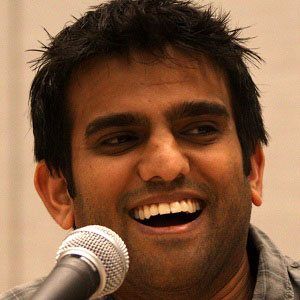 Known best for his comedic portrayal of Zaboo in the YouTube and Streamy Award-winning web series The Guild, Parikh also contributed to The Legend of Neil and a number of other web-based shows.

Before beginning his acting career, he studied computer science and creative writing at Brown University.

He appeared in a 2009 episode of Community.

He and his two brothers grew up in Goffstown, New Hampshire as the children of Indian-born parents.

He co-starred with Felicia Day in The Guild.