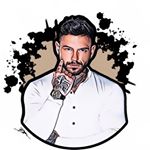 Reality star who rose to fame as a contestant on the MTV television show Ex On The Beach.

He's worked as a stripper and naked butler in the past.

His girlfriend Zahida Allen was known for famously feuding with Chloe Ferry on Geordie Shore.