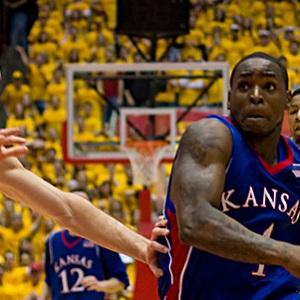 University of Kansas star who led the team to a 2008 NCAA Championship, and was a 2010 first-team All-American.

He was a McDonald's All-American while at Richard T. Crane Tech high school in Chicago.

He made his NBA debut in 2010 for the Charlotte Bobcats, and in 2011 began playing in the Turkish Basketball League.

He was raised by his mother, Stacey Harris.

He won his NCAA Championship alongside teammate Mario Chalmers.