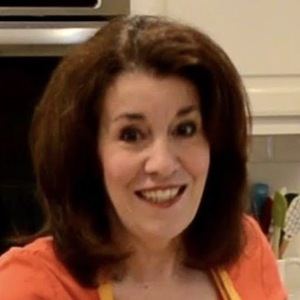 Creator of the the culinary blog Joyofbaking.com which would go on to win 4 Taste Awards for the affiliated YouTube channel in January of 2015. This set a records for most awards in a single Taste Awards event and included: Best Single Topic Series, Best Home Chef in a Series, Best Instructional Web Series and Best Food Program Web.

She never had formal training in the culinary arts aside from a 1 week Patisserie class at the Le Cordon Bleu in London, a number of classes at the San Francisco Baking Institute and a single course in baking at the Western Culinary Institute.

Joyofbaking.com joined iFood Media LLC, and she would serve as the LLC's Chief Content Officer. Her culinary demonstration videos on YouTube earned the channel more than 1.2 million subscribers.

She was born in Nova Scotia to a British father. She moved to Winnipeg, Manitoba as a teenager where she would meet and eventually marry her husband Rick. She moved to Portland, Oregon in 1988, and has also resided in Indianapolis, Indiana, Atlanta, Georgia and St. Simons Island, Georgia.

She and P Allen Smith have both won numerous Taste Awards.