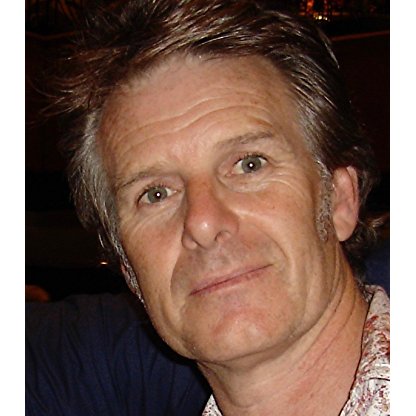 Stephen Kearney was born on June 11, 1972, is Actor, Producer, Writer. Steve Kearney was one half of the legendary Australian comedy duo Los Trios Ringbarkus who toured throughout the 1980's performing at the London Mime Festival, Shaffer Theatre - Amsterdam, VI Annual Clown Festival of Vienna, Montreal Mime Festival, National Arts Center - Ottawa, Du Maurier World Theatre Festival - Toronto, Expo '86 - Vancouver, Beau Geste Mime Festival - Vancouver, Harbourfront Theatre Summer festival - Toronto, Dance Theatre workshop - New York, Coronet Theatre - Los Angeles, San Fransisco, Atlanta, Houston, Miami, New Zealand, UK, Ireland and Winner of the prestigious "Perrier Award" - Edinburgh Festival in 1983 and the American Place Theatre - New York.After the US shows Los Trios was sought by top US talent agent Triad Artists who booked the comedy duo into LA shows where unheard of 3 picture studio deals for features were secured with Columbia Pictures, Paramount and United Artists for the group simultaneously working with such talents Michael Varhole (Pee Weeks Big Adventure) and Producer Bill McEuan (The Jerk).Steve starred in The Nutty Nut written by Spiderman director Sam Rami later taking on the project to edit and become the music supervisor. During that year he stared in the Australian classic "Ricky and Pete" directed by Nadia Tass.Los Trios wound up their 12 year relationship after writing, and producing and starring in the Australian feature "Garbo" and the TV sit com pilot for the Australian Broadcasting Commission.Steve later went on to work in the TV Sit COM genre with NBC - Executive produced by ER star Anthony Edwards and Warner bros, then Casletrock and Fox TV starring and developing his own pilot "Pistol Pete" for Simpson's writer John Swartzwelder.Steve was also guest lead roles on Friends, Ned and Stacy, Jag, Family Matters and pilots Nothing Upstairs (NBC) 24 Minutes (New World) and worked extensively with Shelley Duvall (The Shining) on "Rock and Roll Mother Goose" and again Anthony Edwards on his directorial debut "Charles Ghost Story" with Cheech Marin.Upon returning to Australia in 1999 Steve formed a new production company Mini Studios and new partner Leanne Tonkes. Together they developed several feature films and children's TV projects securing several hundred thousand dollars in development funds from private, state and federal agencies for feature projects "Please Explain", "Homework", "Fistful of Arteries", I Sold My Life On Ebay" "It Just Stopped", "Barry Noodles", "Scratches and Cuts" and children's show "Debra The Zebra", mobile Game "Ticklebum" and Alternate Reality Game "Artifact".They attended MIPTV and Cannes Film Festivals on several occasions and forming co production agreements with Canadian out fit Amberwood Entertainment on the project "Rob The Robot" and "Debra The Zebra". Rob The Robot is in production in Singapore as of 2010 with the Singaporean MDA to be released in 2012. Leanne and Steve continue to produce local TVC's and Music Videos including the Sara Blasco "All I Want" - nominated for Best Music Video Aria Awards 2009 and animation shorts such as "Help" for the Tropfest Mitsubishi Super Short Series which won best short 2009 and "White Lines" - live action finalist Tropes 2008.Steve co wrote and co produced the first ever animated TV pilot Australian Disney has commissioned "The Gumwalds" for the Shorty McShort Shorts program on the Disney channel.Mini Studios has just wrapped the short "The Apprentice" starring US actor Anton Yelchin for legendary producer Pete Farrelly and Charlie Wessler (Something About Mary) to be included in the "Untitled Comedy" a collection of funny shorts to be distributed by Relativity Media.Steve bought financing together from three sources including Relativity Media, Screen Australia and Film Victoria and produced with Tonkes.Steve has recently traveled the world attending such diverse conferences as X Media Lab in Singapore and Suzhou China and the Game Developers Conference in San Francisco and the Toronto Film Finance Forum in 2008 and the CTIA Wireless Conference 2008 reflecting his diverse skills in multi platform strategies.Steve has attended The Script Factory, Arista Script Workshops and Spark Workshops though Screen Australia - helping Steve to refine his script analysis talents. Steve has works regularly with Hollywood script doctor Michael Hague and writer Larry Karesewski (Larry Flint, Ed Wood) on various projects tapping into the latest industry analysis techniques.After directing live comedy shows in Los Angeles in the showcase arena helping secure TV development deals for those actors, Steve continued to direct, premiering shows at The Melbourne Comedy Festival - "Coo Coo Bananas" with Tania Lacy 2002 Melb Comedy Fest and "Survival Of the Phattest" for comedian Hung Lee 2002 and "The End of Fin Begin" - 2004.In 2007 Steve teamed with long time co writer and friend Chris Adams to form Adams Kearney set up to bring international features with Australian creative's at the core of the vision to a global audience. Steering the project "Bank Of CIA" through the submission stage and treatment development with Screen NSW and writer Justin Mongo (writer "Dirt Music" for director Phill Noyce / actor Russell Crow) and script edited by John Collee (writer - Master and Commander). As EP, Steve was also helped steer "Jucy", the ultra low budget AU feature which has its world premier at the Toronto film Festival 2010.Adams Kearny has a divers slate of spec projects from young Australian writers as well as a first look deal with US producer Warren Zide.
Stephen Kearney is a member of Actor 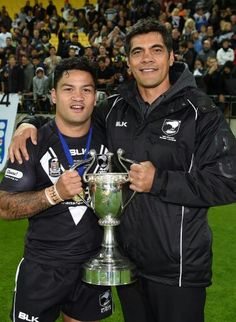 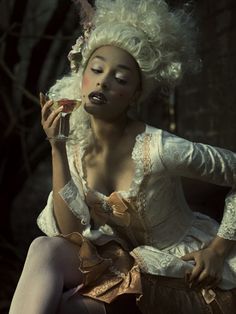 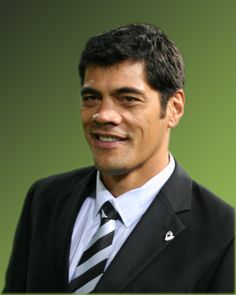 A Kapiti Bears junior, Kearney played for the Junior Kiwis between 1989 and 1991, becoming the side's captain for the 1991 series against Great Britain. He made his senior début in 1991 for the Randwick Kingfishers and also played for Wellington that year. Randwick lost the Wellington Rugby League Grand Final 6-14 to the Wainuiomata Lions.

A New Zealand national captain and second-row forward, Kearney's club football career, which spanned from the early 1990s to the mid-2000s, was played for the Randwick Kingfishers, Western Suburbs Magpies, Auckland Warriors, Melbourne Storm (with whom he won the 1999 NRL Premiership), and Hull F.C. (with whom he won the 2005 Challenge Cup).

Turning professional he moved to Australia to play for the Western Suburbs Magpies in 1992 in what is now the NSWRL Premiership. In 1993 he became the New Zealand Kiwis' youngest test captain, aged 21. He left the Magpies at the end of 1994, returning home to play for the Auckland Warriors in their inaugural season. At the end of that season he traveled to England to represent New Zealand in the 1995 World Cup. He missed the first test match against a re-unified Australian team in 1998 due to suspension. Kearney remained a Warrior until 1998, when he moved to Australia to join the Melbourne Storm. In the Melbourne club's second ever season Kearney played at second-row forward in their victory in the 1999 NRL Grand Final. Kearney was selected for the New Zealand team to compete in the end of season 1999 Rugby League Tri-Nations tournament. In the final against Australia he played at second-row forward in the Kiwis' 22-20 loss.

Having won the 1999 Premiership, the Melbourne Storm traveled to England to contest the 2000 World Club Challenge against Super League Champions St Helens R.F.C., with Kearney playing at second-row forward in the victory. In 2002 Kearney missed the series-deciding match against Great Britain as he had to rush back home to Melbourne to be with his sick five-year-old daughter, who needed emergency surgery. While captaining the Storm in 2004, Kearney became the first New Zealand footballer to play 250 Australian first-grade matches. He also played his last test match for the Kiwis in 2004, in a game that marked the début of Sonny Bill Williams. Kearney finished his playing career with English club Hull F.C. in Europe's Super League competition, playing in their 2005 Challenge Cup-winning side.

In 2006 Kearney retired and returned to Australia to take up a role as assistant coach at his old club, the Melbourne Storm, under Craig Bellamy. In 2008 Kearney was appointed as the New Zealand Kiwis' head coach on a two-year contract.

Kearney (with assistant Wayne Bennett) coached the Kiwis to their first World Cup series win. On 22 November 2008, they defeated Australia 34–20 in the final, at Suncorp Stadium in Brisbane. Following this achievement, he was made an Officer of the New Zealand Order of Merit in the Queen's Birthday honours list.

For the 2010 Anzac Test, Kearney coached New Zealand in their loss against Australia. In the 2010 post-season Kearney was announced as Daniel Anderson's replacement as head coach of the Parramatta Eels for three years beginning in 2011. Shortly after that, he took the Kiwis to victory in the 2010 Four Nations Final against Australia.

In 2011 he failed to coach the Parramatta NRL team to any success, with the Eels achieving just 6 wins and 1 draw in 24 matches, and only just missing out on the wooden spoon when they beat the Gold Coast Titans in the last game of the regular season.

In 2012 Kearney was named as one of the New Zealand Rugby League's Legends of League. He was also named in the Wellington Rugby League's Team of the Century.

In his first season coaching the Warriors, the team finished 13th on the table, after managing only 7 wins from their 24 games.

At the end of 2015, his 23 test wins as coach and five wins over Australia is the most out of any that has coached New Zealand in the past.

On 12 September 2016, Kearney stepped down from his role as coach of New Zealand after accepting to return to head coaching in the NRL as coach of the New Zealand Warriors on a three-year deal.

In 2018, however, Kearney's season started brightly. The club secured 5-consecutive wins, from the beginning of the season, for the first time in the club's history.