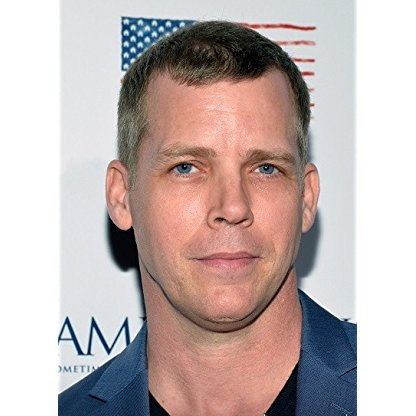 Tim Griffin was born on August 21, 1968 in  Chicago, Illinois, United States, is Actor. Chicago native Tim Griffin, often known as, "the actor who is in everything," has amassed a dizzying list of credits, and over the years has solidified his reputation as one of Hollywood's nicest, most charming and versatile actors.The son of a pediatric cardiologist, he first discovered acting after being cast as Oliver Twist in a school performance of the musical "Oliver!" As a teen Griffin would star in numerous theatrical productions for "The Body Politic" and "New Haven Playhouse," as well local movies and commercials. After graduating from Francis Parker High School (among classmates Paul Adelstein, Anne Heche, and novelist Brad Thor), Griffin made the choice to put acting on the back-burner to enroll in the University of Vermont (UVM) where he graduated with a double major in political philosophy and English literature.Griffin performed as a regular member of the UVM Players (as Claudio in "Much Ado About Nothing" and Riff in "West Side Story"). Fate intervened his sophomore year while driving back to Chicago when his car broke down outside New York City. While waiting for it to be repaired, his agents asked him to audition for a TV movie called "Taking A Stand." He was cast in the leading role of the all-star production (Betty Buckley, Jane Adams, Michael Beach). The show went on to win a Daytime Emmy for "Outstanding Children's Special."Following this success, Griffin turned down a scholarship to study abroad at the University of Kent in England, and went to Hollywood. Giving himself the extreme grand total of one year to make or break his career, he enrolled in classes at UCLA and signed with Writers and Artists. He quickly went on to star in high-profile TV shows and movies of the week, including "China Beach," "In The Heat of the Night," and Michael Zinberg's autobiographical, coming-of-age drama "For The Very First Time."Rejecting the advice of his agents, he elected to return to the University of Vermont to finish up his Bachelor's Degree. He considered attending graduate school for political philosophy, but his academic mentor convinced him to return to the West Coast and continue to pursue his acting career, noting that the scholarly life would always be there to fall back on if "things didn't pan out."Unsure whether working as a "teen actor" came with an expiration date, he picked up right where he left off, landing recurring stints on "General Hospital," the critically acclaimed "Against The Grain" (co-starring "Southland's" Mike Cudlitz, and Ben Affleck), and a near-unrecognizable turn as the autistic Richie Grayson on "Party of Five." His reputation as a multi-talented actor began to grow, and in 1996, director John Singleton gave Griffin his first break into features, casting him in "Higher Learning" (Jennifer Connelly, Lawrence Fishburne) as the orientation announcer at a pep rally whose booming message was "How many people came here to change the world?!"In his hilarious recurring role as T.R. Knight's brother, Ronny O'Malley," on "Grey's Anatomy," Griffin is best know for shooting his own dad in the butt. He became even more recognizable in 2004 when he was cast in "The Bourne Supremacy," the second installment of the legendary franchise. As "Nevins", a hapless CIA agent who interrogates the eerily silent Bourne (Matt Damon), he's repeatedly stonewalled and smugly says "You're going to play ball one way or another..." During filming, Damon (by pure accident) really cracked Griffin across the bridge of his nose, giving him a deviated septum.Griffin's blockbuster streak continues with credits that include Jon Favreau's "Iron Man," and more than a few projects for the brilliant J.J. Abrams, such as "Cloverfield," "Star Trek"(where Abrams directed him as the doomed UFSS Kelvin's Chief Engineer in the opening sequence) and in the upcoming "Super 8"(Elle Fanning).Being handpicked to star alongside and be directed by George Clooney in the 1920's football romp, "Leatherheads" (also starring Renee Zellweger) was a huge thrill. He re-teamed with Clooney again in the comedy "The Men Who Stare at Goats" (featuring Academy Award winners Kevin Spacey and Jeff Bridges). Griffin earned critical praise for his work in Doug Liman's true-life spy drama "Fair Game" as Paul, the lead CIA analyst charged with the unenviable task of taking on Scooter Libby (David Andrews) over the now infamous "yellow cake uranium." Starring Academy Award winner Sean Penn and Naomi Watts, "Fair Game" was awarded screen writing honors by the Writer's Guild of America, and a New York Film Critics award.In addition to multiple recognizable commercial campaigns and television spots, Griffin has had numerous high profile projects in the past few years, including roles in feature films such as Chris Weitz's "A Better Life," John Singleton's "Abduction" starring Taylor Lautner and Clint Eastwood's "American Sniper."On television, Griffin has starred in the Peter Berg produced NBC primetime drama "Prime Suspect," with Maria Bello and Aidan Quinn and had a major arc on the hit USA drama "Covert Affairs" opposite Kari Matchett. Up next, Griffin will play Special Agent "Adam Hassler" in the Fox event series "Wayward Pines" from M. Night Shyamalan.Griffin lives with his wife and their two children in L.A. With his wife, he has built and remodeled several homes. He's a proud Irish-American ridiculously devoted to the Chicago Cubs.
Tim Griffin is a member of Actor 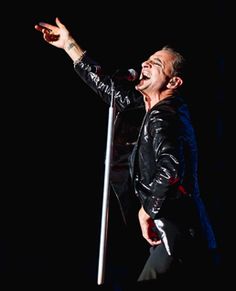 Griffin was born in Charlotte, North Carolina, and reared in Magnolia in Columbia County in southern Arkansas. He graduated from Hendrix College in Conway, Arkansas, and in 1994 from Tulane Law School in New Orleans, Louisiana.

Griffin worked from September 1995 to January 1997 with Special Prosecutor David Barrett in the investigation of former Secretary of Housing and Urban Development, Henry Cisneros. For two years after that he was the Senior Investigative Counsel for the House Committee on Government Reform.

In September 1999, he became Deputy Research Director for the Republican National Committee (for George W. Bush's election campaign); while in that position, he was a legal advisor for the "Bush-Cheney 2000 Florida Recount Team" (see Bush v. Gore). From March 2001 through June 2002 he was a special assistant to the Assistant Attorney General Michael Chertoff.

From June 2002 to December 2004, Griffin was Research Director and Deputy Communications Director for Bush's 2004 reelection campaign, a high-ranking position within the RNC.

In April 2005, Griffin began working at the White House as Karl Rove's aide, with the title of Special Assistant to the President and Deputy Director in the Office of Political Affairs.

Before a March 2006 revision to the PATRIOT Act, interim U.S. Attorneys had a 120-day term limit, pending confirmation by the Senate of a presidential nominee. The Attorney General makes interim appointments; after the revision, the Attorney General's interim appointees had no term limit, effectively bypassing the Senate confirmation process if the President declined to put forward a nomination. Griffin was among the first group of interim attorneys appointed by the Attorney General without a term limit. Gonzales's decision to bypass confirmation for Griffin particularly angered Arkansas's then Democratic senators, Blanche Lincoln and Mark Pryor, who both stated that Gonzales promised them Griffin would go before the Senate for confirmation. Gonzales's decision not to do so prompted Lincoln and Pryor to join many of their Democratic colleagues to demand Gonzales's resignation or firing.

On May 31, 2007, The Washington Post reported speculation that Griffin was in discussions with the then-nascent presidential campaign of Fred Thompson for a top-level post. Instead, Griffin set up an office in Little Rock for Mercury Public Affairs, a New York City-based firm, part of the Omnicom Group, at which Griffin had worked as general counsel and managing Director. (The Thompson campaign paid Mercury Public Affairs to have Griffin as an advisor.) Then, after a short period with Mercury, he started Griffin Public Affairs and the Griffin Law Firm.

In late May 2008, columnist Robert Novak reported that Griffin had been named as the RNC's Director of research for the presidential campaign of Senator John McCain of Arizona. Griffin was assigned to direct opposition research, "although final arrangements have not been pinned down," Novak said. But Griffin said he was not going back to the Republican National Committee (RNC), and that he had not talked to anyone in the GOP's leadership structure or with the McCain campaign about that role.

In 2009, Griffin signed a pledge sponsored by Americans for Prosperity promising to vote against any Global warming legislation that would raise taxes.

In the general election on November 4, 2014, Griffin defeated in the lieutenant governor's race the Democrat John Burkhalter, the former chairman of both the Arkansas Industrial Development Commission, a post once held by later Republican Governors Winthrop Rockefeller and Frank D. White, and the Arkansas Highway Commission. In the last week of the campaign, news broke that Burkhalter as a young man had worked many temporary jobs, including that of a male stripper in Little Rock using the designation "Metro Express". Burkhalter is since the owner of a piping company, with a wife and two daughters, both involved in competitive dance.