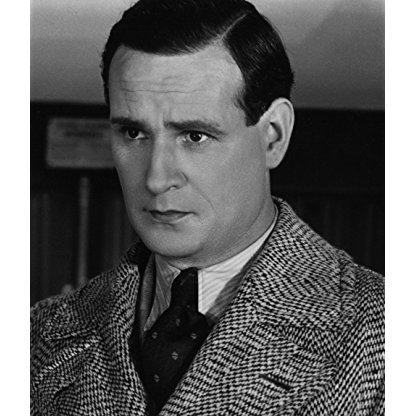 Victor Varconi was born on March 31, 1891, is Actor, Writer, Director. Handsome Hollywood character player Victor Varconi was born into a farming family on the Hungarian/Rumanian border. Christened Mihály Várkonyi, his career, following training at Budapest's commercial college and dramatic school, thrived for a time on the Transylvanian stage, where he played leads in such productions as "Liliom" at the Hungarian National Theatre in Budapest. His rising popularity as a matinée idol led to film roles, and he made his debut in Sárga csikó (1914) ["The Yellow Colt"]. He had changed his marquee name to the more internationally friendly Michael Varkonyi by the time he branched out into German/Austrian co-productions such as Arme Violetta (1921) ["Camille"] opposite Pola Negri.In 1924, during Europe's constant political upheaval, Varconi arrived on American soil and sought fame and fortune as a Hollywood actor. Based on his exceptional work as the "Angel of the Lord" in the German/Austrian film Sodom und Gomorrha (1922), Cecil B. DeMille gave him his American film debut opposite established star Leatrice Joy in Triumph (1924), billed now as Victor Varconi. He proceeded to work for DeMille on a number of silent films, including Changing Husbands (1924), Feet of Clay (1924), The Volga Boatman (1926) and The King of Kings (1927) as Pontius Pilate. Elegant and impeccably mannered in style and nature, Varconi went on to share the screen with some of silent film's loveliest and most talented ladies, including Agnes Ayres, Marie Prevost, Jetta Goudal and Phyllis Haver. Of note is his portrayal of cuckolded husband Amos opposite Haver's flashy jailbird Roxie Hart in the silent Chicago (1927). His last major silent role was that of Lord Horatio Nelson in The Divine Lady (1929) co-starring Oscar-nominated Corinne Griffith as Emma (Lady) Hamilton.The Hungarian Varconi had a decent voice for sound but his noticeably thick accent completely altered the course of his career. Instead of romantic leading man status, he regressed slightly to suave ethnic character roles -- often playing foreign or royal dignitaries, continental cads or cultivated villains. The forced move probably added years to his Hollywood life. World War II utilized his talents playing nefarious Axis commanders in spy intrigue and war dramas. In The Hitler Gang (1944) he was quite skillful portraying real-life Nazi bigwig and Adolf Hitler confidant Rudolf Hess. Varconi also appeared in many of DeMille's sound epics, such as The Plainsman (1936) (as an Indian chief), Reap the Wild Wind (1942), Unconquered (1947) and Samson and Delilah (1949).As his film career faded, Varconi turned more and more to stage work and radio writing. Among his Shakespearean theatre endeavors were roles in "Hamlet," "Romeo and Juliet," "Antony and Cleopatra" and "Richard III." He also moved occasionally into TV in the 1950s, then retired. Varconi published his memoirs, "It's Not Enough to Be Hungarian", shortly before suffering a fatal heart attack at age 85 in 1976.
Victor Varconi is a member of Actor 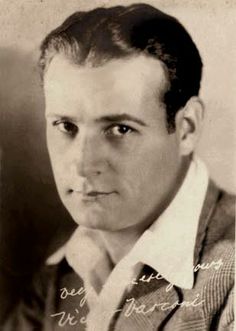 He worked under contract to Cecil B. DeMille, and played Pontius Pilate in DeMille's 1927 production of The King of Kings.

He died from a heart attack in Santa Barbara, California on 6 June 1976 at the age of 85. He was interred at the Calvary Cemetery, East Los Angeles, California, US.