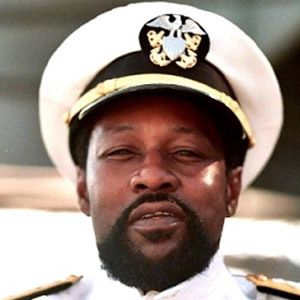 American singer and actor who became a cultural icon as the frontman and founding member of the disco group the Village People. The band is known for such smash hits as "In the Navy," "Macho Man" and "Y.M.C.A."

He moved to New York where he acted with the Negro Ensemble Company.

He was featured in the original Broadway production of The Wiz in 1976.

He married actress Phylicia Rashad in 1978 but their relationship ended in divorce. In 2007, he married his second wife Karen who is a lawyer.

With the Village People, he often dressed as a cop or naval officer alongside Randy Jones who was the cowboy.