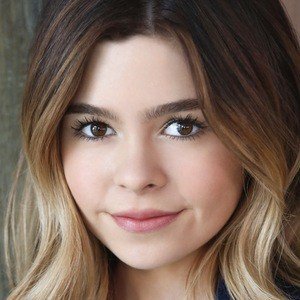 American actress known for her role as Nora Thunderman on the television show A Girl Named Jo.

She started acting at age four and later attended the Kehoe-France Drama Camp.

A musician as well as an actress, she played the piano and the guitar.

She co-starred with Rosa Blasi in The Thundermans.