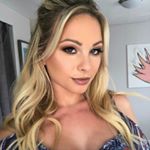 Rose to fame in 2017 appearing on the MTV reality series Siesta Key.

Long before her reality debut, she began posting photos to Instagram in April of 2012.

Grown popular on Instagram sharing travel photos, she has earned more than 90,000 followers.

In May 2014, she posted several photos of her mother to Instagram in honor of Mother's Day.

She appeared on Siesta Key alongside friends Juliette Porter.