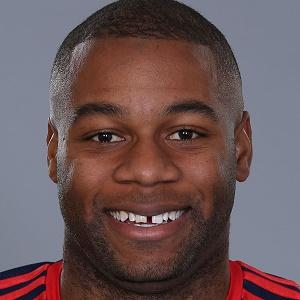 American defender who began his MLS career with the New England Revolution in 2013.

He played college soccer at Louisville.

He played in the USL for IMG Academy Bradenton after college.

He was raised in Peru from age 5 to 15 and his adoptive parents were Presbyterian missionaries.

He attended Louisville during the same years as NBA guard Peyton Siva.