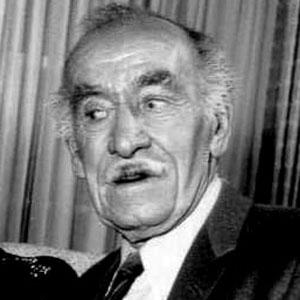 Best remembered for his roles as George MacMichael on the ABC sitcom The Real McCoys and Cully Wilson on the CBS family series Lassie, this Scottish-born actor also played character roles in numerous feature films over the course of his nearly four-decade career.

His United States entertainment career began in 1912, when he participated in a touring stage production of The Concealed Bed. Several years later, he signed a comedy performance contract with slapstick comedian and producer Mack Sennett.

He played the humorous sidekick of William Boyd's character in the Hopalong Cassidy series of films.

Born and raised in Scotland, he settled in the United States in the early Twentieth Century. In his early forties, he married Elsie Maud Tarron; the union resulted in a son, John Allan Clyde, who tragically died at the age of nine.

He shared the screen with fellow character actor Charles Coburn in the 1946 film The Green Years.