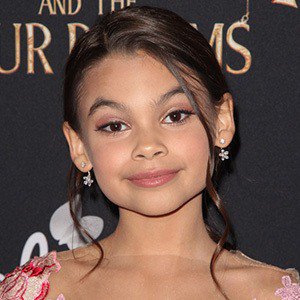 Child actress who quickly gained fame for her role as Daphne Diaz on the hit series Dancing with the Stars: Juniors.

She had a guest-starring role on Liv and Maddie to make her television debut in 2015.

She has a small role on the show Avengers: Infinity War.

She is of Hispanic descent. She has an older brother named Gavin.

She is the television sister of Jenna Ortega and others on Stuck in the Middle.