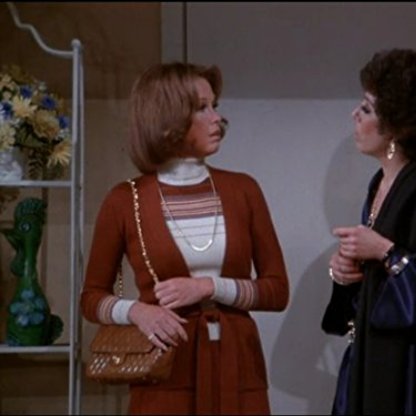 Barbara Colby was born on July 02, 1939 in  New York, United States, is Actress. Actress Barbara Colby, at age 36, was on the brink of TV character stardom when the native New Yorker was senselessly shot and killed one evening on the streets of Los Angeles. The tall, toothy, husky-voiced, frizzy-haired actress equipped with a keen, Brooklyn-tough sensibility and dead-on comedy instincts had just started to make a name for herself on the West coast when tragedy occurred. Hollywood lost a wonderful personality and promising talent that summer evening, someone who was proving to the TV masses that she was a bona fide contender.Though born in New York City in 1939, Barbara was raised predominantly in New Orleans where her interest in acting grew while attending high school. After her graduation in 1957, she received a scholarship to Bard College on the Hudson back in New York. This was followed by a single semester at the Paris Sorbonne University in France.While trying to make a go of it professionally on the New York stage, Barbara's spiritual world also began to open and develop. In contrast to her tough, streetwise exterior, the gentle, deep-feeling lady avidly pursued a metaphysical way of life. She didn't touch alcohol, was a strict vegetarian and meditated regularly as a devoted follower of the Indian Hindu guru Swami Muktananda. She also was a firm believer in reincarnation.Following a solid stage performance in "Six Characters in Search of an Author" in 1964, Barbara took to the Broadway lights with a debut in "The Devils" the following year. Throughout the rest of the decade, she impressed in such plays as "Under Milkwood", "Murder in the Cathedral" and "Dear Liar", and also garnered fine notices for her Portia in "Julius Caesar" in 1966 at the American Shakespeare Theatre Festival in Stratford, Connecticut.Marking her first prime TV role on a Columbo (1971) episode in 1971, Barbara began a bi-coastal career and played a host of support/guest roles on such established shows as The Odd Couple (1968), McMillan & Wife (1971), The F.B.I. (1965), Medical Center (1969), Kung Fu (1972) and Gunsmoke (1955). But it was MTM Productions that took strongly to Barbara after she made an hilarious appearance as Sherry, a worldly prostitute, opposite an impossibly naive Mary Tyler Moore in a now-classic 1974 jail cell episode of the Moore comedy series. Producers were so impressed by Barbara's dead-pan comic timing and appealingly sharp, cynical edge that they brought her character back in a subsequent episode.Never giving up her love for the stage, Barbara continued to gain in strength in such quirky '70s plays as "Aubrey Beardsley the Neophyte", "House of Blue Leaves", "Afternoon Tea" and "The Hot L. Baltimore". She also returned to the classics with an off-Broadway role as Elizabeth in "Richard III," and was back on Broadway with the plays "Murderous Angels" in 1971 and a revival of "A Doll's House" starring Liv Ullmann in the early part of 1975. Following the close of the latter show, Barbara returned to Los Angeles with a career-making offer. MTM had just cast her as a regular player on a spin-off from Mary Tyler Moore (1970). The new sitcom, Phyllis (1975), starred actress Cloris Leachman who had played one of Mary's self-absorbed, scatterbrained friends to Emmy-winning effect. Barbara, who appeared earlier with Leachman in the TV-movie A Brand New Life (1973), was now in "second banana" position playing Cloris' boss, Julie Erskine, the owner of a commercial photography studio. The actress had officially paid her dues and broken into the top sitcom ranks. With two films also in the can, California Split (1974) and Memory of Us (1974), Barbara seemed poised for bigger things.And then on July 24, 1975, just weeks after her 36th birthday and only three episodes into the TV series, Barbara and her acting colleague/boyfriend, James Kiernan, were walking to their car following the teaching of an acting class in Venice, California, when they were deliberately shot by two gang members inside a parking garage area. Barbara, who was estranged at the time from Robert Levitt Jr., the son of legendary entertainer Ethel Merman, died instantly from her single gunshot wound; Mr. Kiernan, who had recently appeared in an episode of MTM's "Rhoda," was able to describe the shooting to police before he succumbed but could not recognize the two men who shot them, noting that the shooting had occurred without warning, reason or provocation. Police noted that there was no attempt to rob the pair and appeared to be a random act of violence. The killers were never caught and the homicide remains a "cold case". Barbara was later cremated and a memorial service held at Will Geer's Theatricum Botanicum in Topanga Canyon. She was survived by her mother and younger sister Renee.Following the tragedy, comedienne Liz Torres came on board to replace Barbara in the Julie Erskine part. The role itself lasted for only one season before they changed the sitcom's setting in order to try and improve the lackluster ratings. It didn't help. Despite a Golden Globe win for Leachman, the show was canceled after only one more season. In retrospect, one can't tell whether Barbara might have made a difference in the sitcom's ratings or outcome, but the fact remains that a single, inexplicably brutal and senseless act snuffed out the life of a star comedienne in the making.
Barbara Colby is a member of Actress 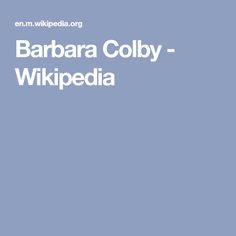 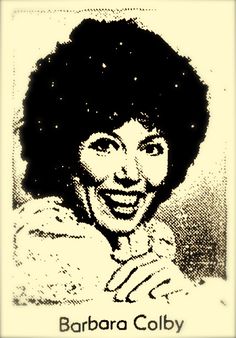 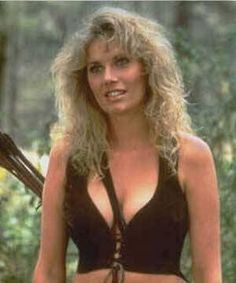 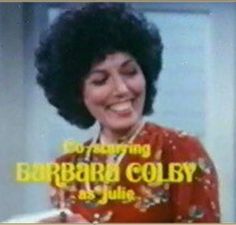 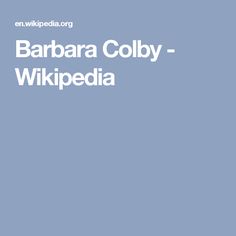 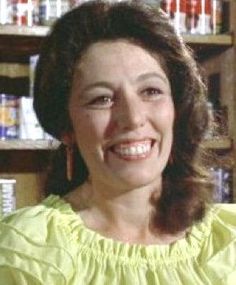 Born in New York City on July 2, 1939, she started her acting career in the theater. Following a solid performance in Six Characters in Search of an Author in 1964, she moved to Broadway with a debut in The Devils the following year. Throughout the rest of the decade, she appeared in such plays as Under Milk Wood, Murder in the Cathedral, Dear Liar, and A Doll's House, and garnered fine reviews for her Portia in Julius Caesar in 1966.

Colby appeared in 1970s plays such as Aubrey Beardsley the Neophyte, House of Blue Leaves, Afternoon Tea and The Hot l Baltimore. She returned to the classics with an off-Broadway role as Elizabeth in Richard III, and was back on Broadway with the plays Murderous Angels in 1971 and a revival of A Doll's House in the early part of 1975.

Colby's first important television role was in the series premiere episode of Columbo, titled "Murder by the Book" in 1971. Colby began a bi-coastal career and played a host of support/guest roles on such established shows as The Odd Couple, McMillan & Wife, The F.B.I., Medical Center, Kung Fu and Gunsmoke.

In 1974, Colby appeared in two films, California Split and Memory of Us. Early in 1975, she co-starred in Rafferty and the Gold Dust Twins.

On July 24, 1975 Colby and acting colleague James Kiernan were walking to their car following an acting class in Venice, Los Angeles, California, when they were shot inside a parking area. The murders occurred after three episodes of the TV series Phyllis had been filmed. Colby was killed instantly, but Kiernan was able to describe the shooting to police before he later died of his wounds. Kiernan said that he did not recognize the two men who shot them, and that the shooting had occurred without warning, reason or provocation. Police noted that there was no attempt to rob the pair and concluded that it was a random drive-by shooting or a targeted killing. The killers were never identified and the case remains an open cold case. It will probably remain so for the foreseeable Future, as there is no statute of limitations on murder in California (or any other United States jurisdiction).

Colby's final acting appearance was in the TV movie The Ashes of Mrs. Reasoner which aired in 1976.