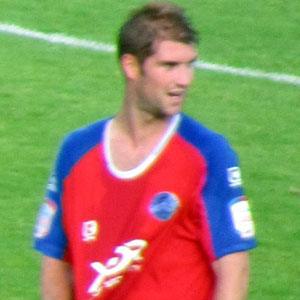 He debuted professionally for Wimbledon in 2003.

He spent the 2012-13 season with Northampton Town before joining Torquay United.

He was born in Carshalton, England.

He and striker Danny Hylton were teammates on Aldershot Town.